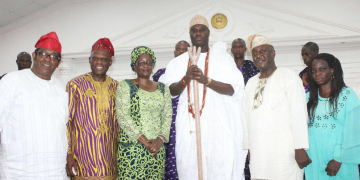 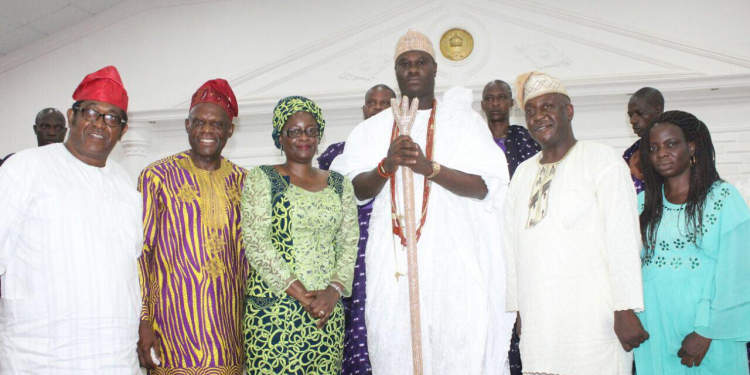 The Ooni described the late Governor of the old Western region Colonel Adekunle Fajuyi who was killed along side the former Head of state of Nigeria General Agui Ironsi during a coup in on July 29th 1966 as a patriotic Nigerian, victim of absolute loyalty and symbol of national unity that should not be forgotten in the history of Nigeria.

The delegation briefed the Arole Oodua on plans to commemorate the 50th anniversary of the heroic passing of the former military Governor as well as the activities of the trust.

The spokesman of the trust Mr. Patrick Doyle informed the Ooni of the theme of the commemorative event slated for the 29th of July in Abuja, ” Heroism and The Yoruba Race. He observed that there is a false perception of the Yoruba being cowards, when in reality a majority of Nigerian heroes are actually Yoruba. He said the trust intends to correct this false perception during the commemoration.

The Ooni on his part pledged to give his full support to the trust in its noble quest to uphold and promote the Yoruba Race.

A statement signed by the Ooni’s Director of Media and Public affairs, Comrade Moses Olafare, said Oba Ogunwusi also paid glowing tribute to the memory of the late Colonel Fajuyi even as he accepted to serve as Grand Patron of the Adekunle Fajuyi Education Trust.