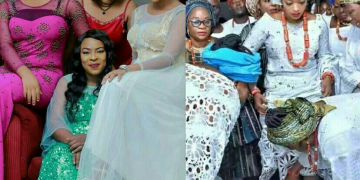 By Patrick Akpu and Esther Olowoyeye

The Ooni of Ife, Oba Adeyeye Enitan Ogunwusi, welcomed his new wife, Naomi Moronke, on Thursday, after a private wedding ceremony held at her home in Akure, Ondo state. It comes a day after the first class monarch celebrated his 44th birthday.

Since news of the new Olori broke, her social media following has exploded with many trying to find out more about the hitherto “unknown” woman, although word “unknown” would not be accepted by those familiar with her interdenominational prophetic ministry, En-heralds, based in Akure. 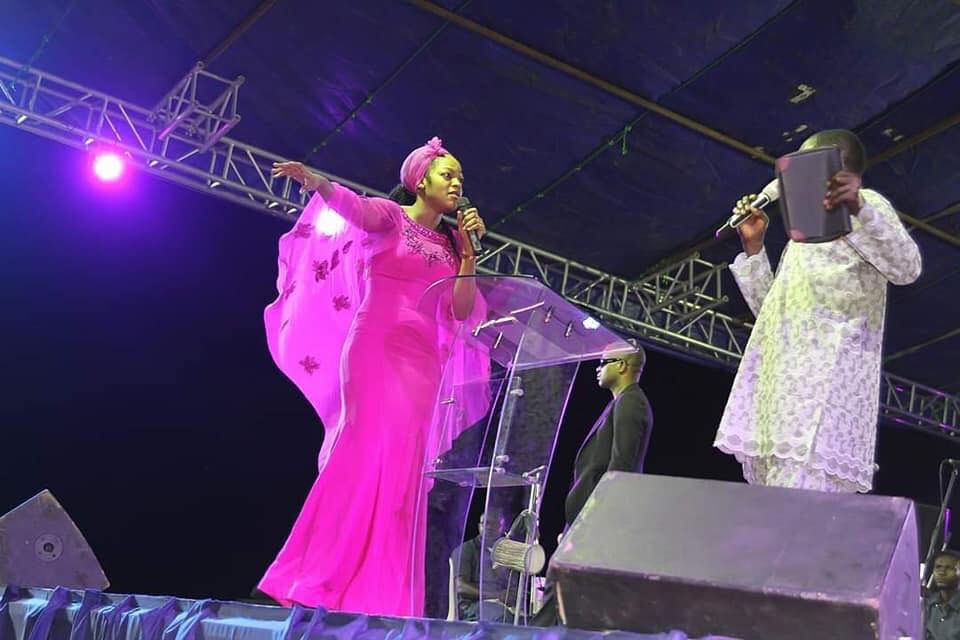 However, Newspeakonline has learnt a few new things about the new Ile Ife queen, who becomes the third but only wife of the Ooni.

She “dumped Ogun, the god of iron for Christ, the Lord of lords”

Queen Naomi, at a point in her life, may have modified her surname, a move suspected to be due to her delving into ministry at the age of 18.

Her family name is “Ogunseyi” but she decided to distance herself from the “Ogun” ancestral heritage of the family. Her Facebook profile bears the name, “Evangelist Oluwaseyi Naomi” whereas her siblings, Similoluwa, Prisca and Gbenro retained the surname, Ogunseyi. His other brother, Ifeoluwa however chose the surname, Ifeoluwaseyi.

In Yoruba divinity, Ogun, the “god of iron”, is the traditional deity of warriors, hunters, blacksmiths, technologists, and drivers. Christians consider adherence to Ogun as “idol worshipping”. Some people who become born-again Christians usually cut links with gods synonymous with the African Traditional Religion, replacing name prefixes like Ifa, Sango and Esu with “Oluwa” (which means “Lord”)

Interestingly, years after ditching the Ogun heritage, Evangelist Naomi will now have to return the “Ogun” prefix to her surname following her marriage to the Ooni whose surname is Ogunwusi. What wouldn’t she do for love? 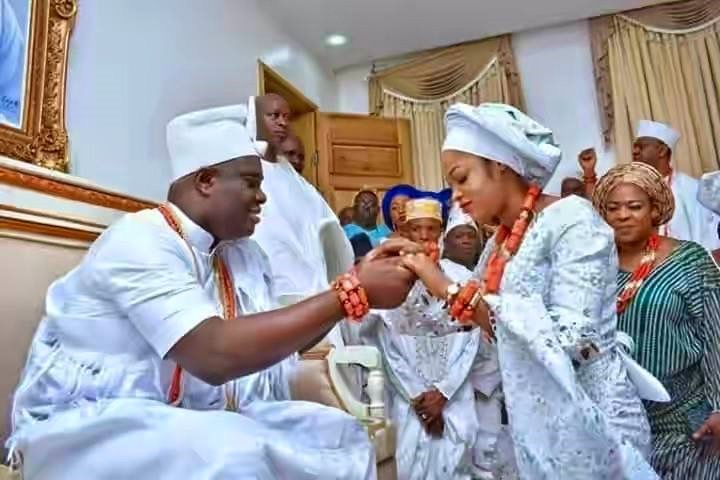 Love for Christ and love for the descendant of Oduduwa

It now remains to be seen, how the new Olori will balance her love for Christ and love for the chief custodian of the entire Yoruba race and its religion and tradition.

Hopefully, she would not have any problem with her husband who is a devout Christian and who has not allowed the traditional and ritualistic expectations of his throne to affect his church-going.

Besides, the Ooni has expressed confidence that his new wife is the vessel of the spiritual weapon needed on the throne. In his social media statement on Thursday, he had said: “I waited patiently upon the Almighty the King of kings, he eventually did it in the midst of many trials. Shilekunola, Moronke, Naomi; the greatest Arsenal you can apply on this highly revered throne with many rules and regulations in the midst of undiluted tradition, heritage and culture is the “Fear Of God In You”, which is the beginning of your wisdom on this throne of Oduduwa. You are welcome home my beautiful and adorable queen.” 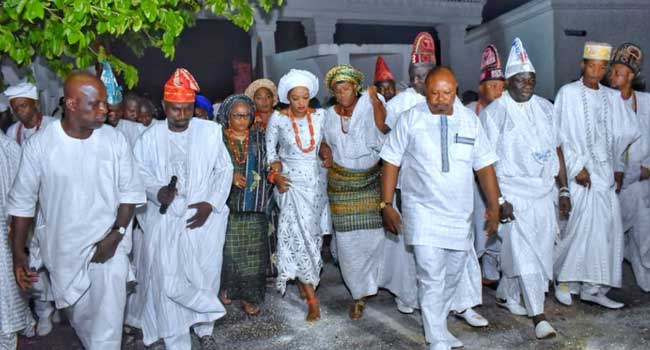 However, the social media is agog with questions like:

Would she visit the shrine of Olokun, the river goddess to lead devotees in the Olokun festival the way Ooni’s former wife, Wuraola, did last year?

What happens to her ministry? Will the Kingdom gatekeepers welcome the Christian movement to the palace? 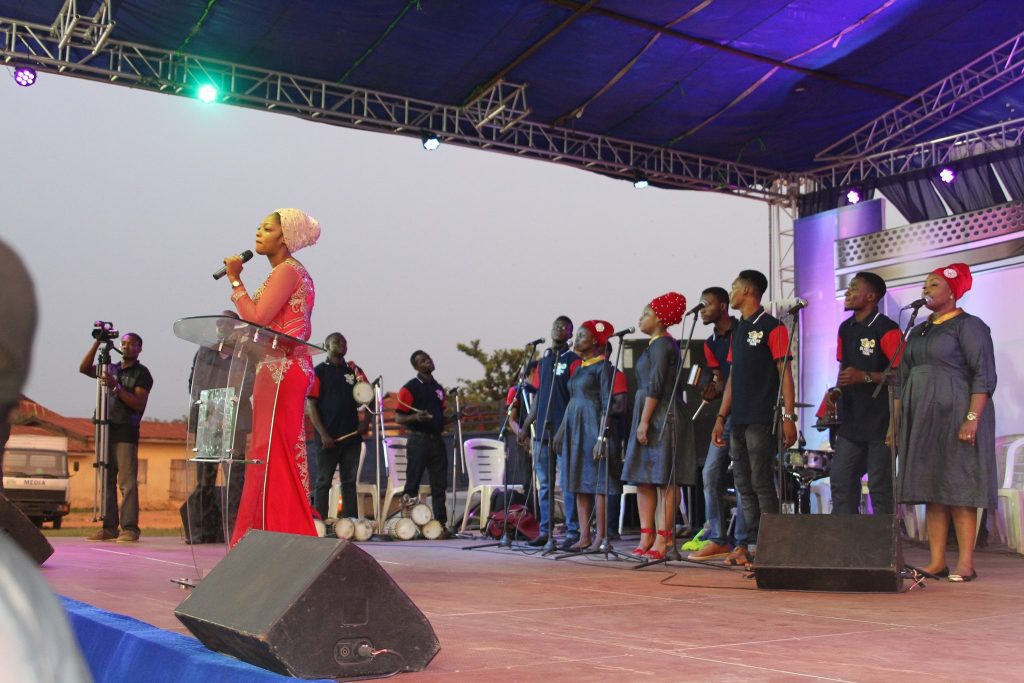 Will she be able to live above the factors that made Ooni walk out of two previous marriages?

On a lighter note, will the new Olori try to modify her new surname, Ogunwusi to Oluwawusi? 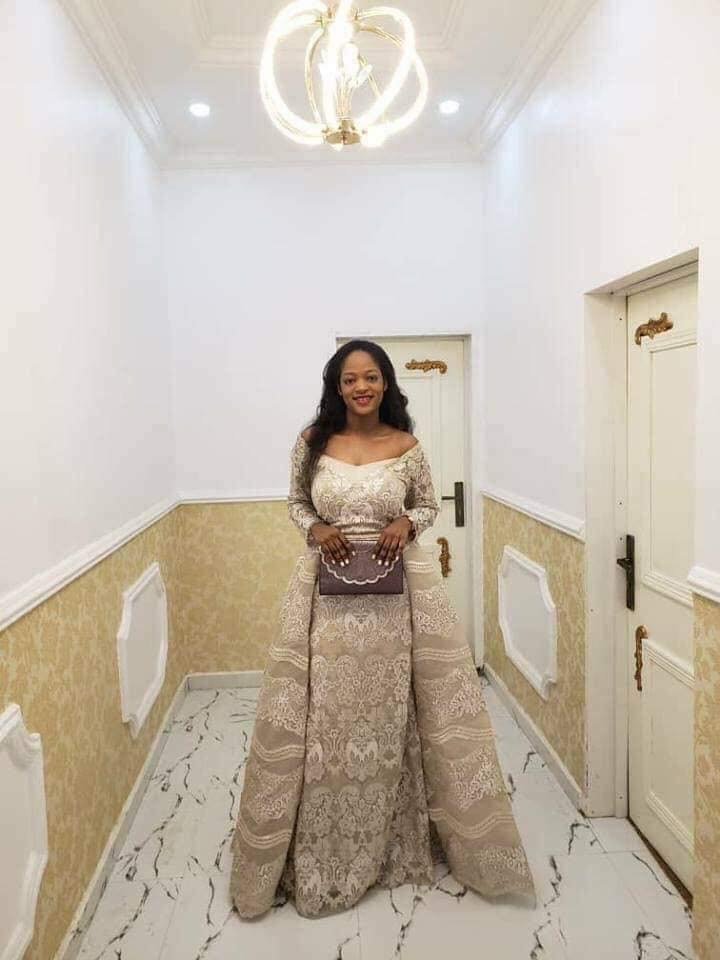