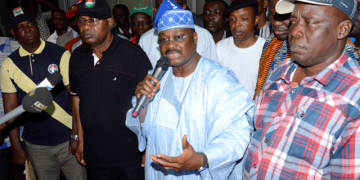 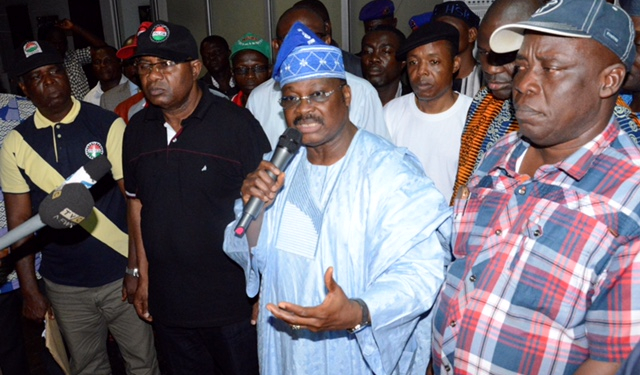 The Oyo State chapter of the Nigeria Labour Congress (NLC) has asked teachers in public schools in the state to ignore the news of reopening of schools by the state governor, Abiola Ajimobi.

Chairman of the Union in the state, Waheed Olojede, told reporters on Sunday that the reopening of school had nothing to do with the ongoing strike over salary and pension issues.

He said workers in the state are still on strike and called on public school teachers to stay at home until the national leadership of the party calls off the strike.
Ajimobi ordered closure of the schools last month following violent protest by pupils of some schools in Ibadan over claims that the governor was planning to sell some public schools.
But the government has since insisted the new proposal was aimed at partnering with private organizations, alumni associations and other institutions on management of 31 out of 631 schools.
The organization, the government said, would be those with rich history of managing schools.
Ajimobi had on Saturday announced reopening of the schools on Monday July 11, 2016 but excluded 17 schools in Ibadan which participated in the protest.
But Olojede said on Sunday that although the NLC had no power over the schools, teachers in the state would stay away from the schools until the government acceded to the workers’ demands.
His words: “This reopening of schools does not in any way affect the ongoing strike in the state. Our struggle towards payment of arrears of salaries and pensions for workers and pensioners in the state is still potent and intact.
“The entire workers in the state, teachers in particular, will not return to work. They should wait for the directive from the national NLC that asked them out of work since June 6, 2016. Under no circumstance should any worker go to work until otherwise directed by labour leaders in the state.”
The union leader, however, disclosed that a meeting between labour leaders and government had been scheduled for tomorrow (Tuesday). He pointed out that while labour would attend the meeting, teachers in the state should entertain no fear of intimidation from government.
“We have received invitation from government to a meeting on Tuesday at the office of the Head of Service to the state government, we are prepared to attend the meeting. We have resolved that government should inaugurate the two committees on labour and salaries on Tuesday and to commence work immediately.
“Our strike began before the closure of schools so there in no link between the two. Teachers should not entertain any fear about their job. The strike is still on. We were not party to the closure o schools so we don’t know anything about the government’s decision to reopen the schools,” Olojede said.