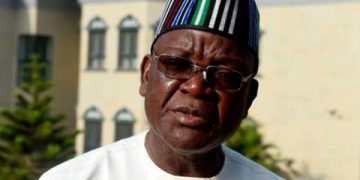 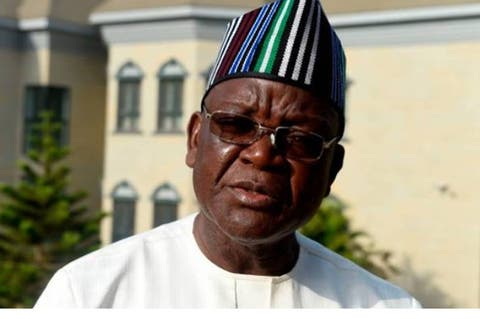 Benue State Governor, Samuel Ortom, has claimed that the Peoples Democratic Party (PDP) leadership is not sincere in reconciling with the five aggrieved governors of the party.

Ortom stated this while speaking with newsmen in Makurdi, on Thursday.

Five PDP governors, known as the G5, have been at loggerhead with the leadership of the party since the emergence of former Vice President, Atiku Abubakar, as the party’s presidential candidate in May, The governors, Ortom; Nyesom Wike (Rivers State); Okezie Ikpeazu (Abia State); Seyi Makinde (Oyo State) and Ifeanyi Ugwuanyi (Enugu State) have vowed not to support Atiku’s campaign until Sen Iyorchia Ayu resigns as the party’s national chairman.

However, Ortom said the party’s leadership should be held responsible should the reconciliation moves fail. He alleged that the Ayu-led executive were not putting the right measures in place to address the G5 governors’ demand.

“So, no efforts by the leadership of our party have been able to address the issues that we are raising. They have not been able to adopt methods that will pacify and placate the G5. This is not right. So, on the G5, that is where we are.

“Arrogance, impunity, mischief, will not really help matters. One will expect that humility, it is said that you stoop down to conquer even if you want to make it,” Ortom said.

The governor pointed out that the leadership of the PDP should have been proactive and humble in addressing members’ grievances.

“There are many ways if you have proactive leadership, a leadership that is humble. But when you treat people like they call us that ‘they are children’. I mean, a man of 62, how is he a child? A man at 50, how is he a child? But none of us are less than 40 years. We are leaders in our own right. Our people elected us. You can’t just sit in Abuja and make this kind of a thing.

“We are committed to issues of integrity, issues of fairness, equity, and justice.

“I think we are on course as far as I’m concerned with our group (G5). As faithful party men, we have given enough time. And we are told that the failed leadership at the national level will take advantage of the opportunity we have given them to address those issues.

“There are many ways of addressing issues even when you are not able to meet the demands of a group or individuals. But when people decide to be arrogant, and mischievous and do things as if the other person does not exist and try to do some things with impunity, as if they have won the election, and they don’t need any other person, it becomes a problem,” he said.