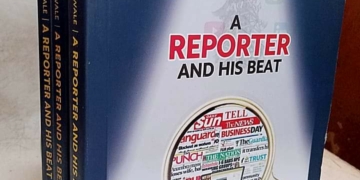 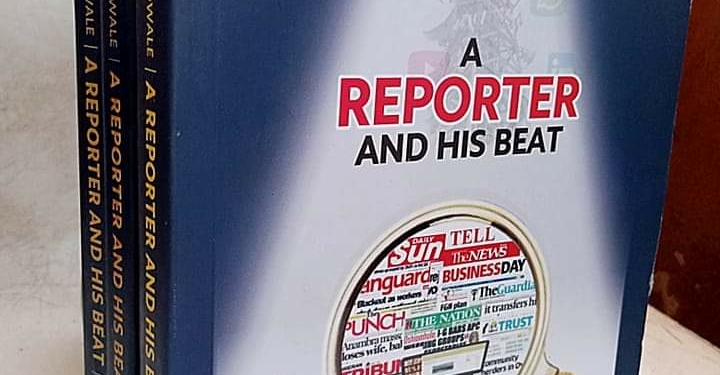 Former governor of Ogun State and doyen of the journalism profession in Nigeria, Aremo Olusegun Osoba, will on Wednesday, December 21, 2022, file out with journalists, literary activists and academics for the public presentation of A Reporter and His Beat, a new book, written by a veteran journalist, Yinka Fabowale.

Osoba, who will chair the book presentation, will be joined by former governor of Ekiti State, Dr Kayode Fayemi, as special guest of honour and two legal luminaries, Prince Lateef Fagbemi (SAN) and Chief Wole Olanipekun (SAN), billed as chief presenter and distinguished presenter at the event, slated for 11am on Wednesday.

According to a statement by the book publishers, Floy Publications, the event will hold at Happies Recreation, 40, Ladoke Akintola Street, Ikeja GRA, Lagos.

A former Managing Director/Editor-in-Chief of The Sun Newspapers in Ghana and President, The Crest Publishing Limited will review the book at the event.

In a foretaste he served on the book, Oshunkeye, a serial international award-winning journalist and Multichoice/CNN African Journalist of the Year 2006, described the work which has generated positive reviews from critics and journalism icons, as a “riveting memoir of an extraordinary journalist… worth its weight in diamond…,” adding that it makes a compelling reading.

A Reporter and His Beat, a memoir of the author’s journalism career, details the typical experiences and challenges of an African journalist rising from the level of a cub reporter to veteran. Besides surveying trends and changes in media settings, professional practice, ethos, traditions and scholarship, it also runs a commentary on the sociology of the Nigerian press.

The reviewers have judged it as a worthy contribution to journalism literature, saying it offers invaluable and realistic lessons for journalists, journalism teachers, students, policy makers as well as the average reader.

A versatile journalist, Fabowale has worked with Lagos Horizon, The Guardian, TELL weekly news magazine and The Sun Newspapers from where he left as Assistant Editor/Bureau Chief, South West to edit Newspeak magazine.

He has also had stints as talkshow host with Space FM and Radio Nigeria, both in Ibadan.