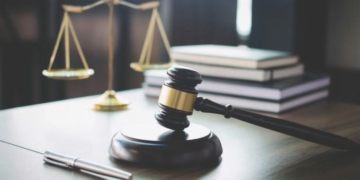 An Osun State High Court sitting in Osogbo, on Monday, sentenced four men to death by hanging for offences bordering on armed robbery and murder of one Victor Akinbile, said to be a relative of the immediate past deputy governor of the state, Mr. Benedict Alabi.

The convicts, Hammed Rafiu, 37; Rasidi Waidi, 39; Kayode Sunday, 29; and Owolabi Bashiru, 54; were first arraigned before Justice Oyejide Falola on October 23, 2019, on six counts of armed robbery and murder.They had pleaded not guilty to the offenses.

Prosecution Counsel from the state Ministry of Justice, Dele Akintayo, while giving the facts of the case, said Akinbile had come to Osun on November 26, 2018, for the swearing-in ceremony of the former governor, Adegboyega Oyetola, and went to Ikirun to pass the night when he was abducted by the four men.

Akintayo informed the court that one of the defendants, Owolabi, a security guard working in a house opposite where the victim wanted to pass the night, informed the others about his arrival.

He said the four men, armed with dangerous weapons, forcefully gained entrance into the victim’s room and demanded a sum of N10 million, adding that Akinbile eventually transferred N3 million to a bank account belonging to one of the assailants and also gave them the cash he had with him.

After collecting the money, the counsel said the four men locked the deceased in the trunk of his Toyota Camry car and drove him to a spot along the Osogbo/Ikirun road, where they set the vehicle ablaze.

Ajibade and Adedayo Adedeji, who represented the defendants, had earlier told the court that there was no evidence to show that they held a meeting before they carried out the act.

Delivering judgement, Justice Falola said the prosecution counsel had proved his case beyond reasonable doubt and sentenced the four men to death by hanging.

He further held that the cash recovered from the convicts and the cash in their bank accounts should be handed over to the widow of the deceased.

The judge also said that none of the convicts should benefit from any state pardon due to the gravity of the offence they committed.

In a related development, Justice Falola also sentenced Mutiu Azeez (a.k.a. Tompolo), 41, and Afolabi Mayowa, 35, to death by hanging for armed robbery and murder.

The prosecution counsel, Dele Akintayo, told the court that on July 1, 2018, between 6 and 7am, the defendants asked a commercial motorcycle driver to take them to Egbeda.

He further explained that the motorcyclist, Mayowa Olatokun, was already conveying the men to the agreed place when they suddenly stopped and dragged him into the bush where he was murdered and his motorcycle taken away.

The counsel who represented the defendants, Adedayo Adedeji, had urged the court to tamper justice with mercy.

Justice Falola, however, found both men guilty and sentenced them to death by hanging.