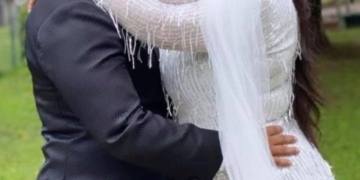 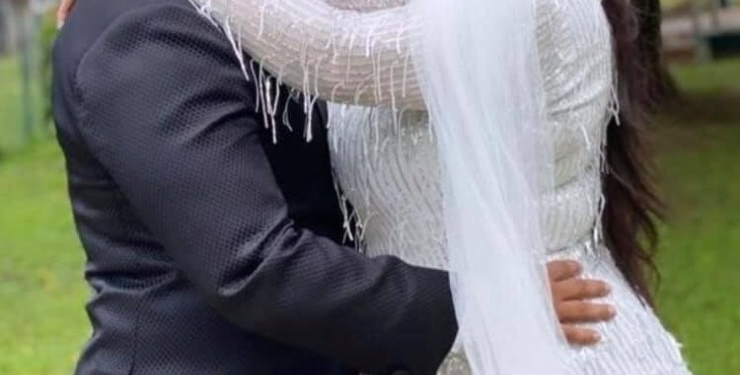 The marriage between Adesina Adeleke, popularly known as Sina Rambo, and his wife, Korth, has crashed, as the latter accused her husband of violence.

Korth, in a series of posts on her Instagram stories on Monday, accused her husband and his sister of violence, as she shared videos, chats, and pictures to prove her claims.

She added that the marriage was over as she refused to succumb to abuse.

Korth also called out Sina Rambo, who is the son of Osun State Governor, Ademola Adeleke, asking him to pay back the money he owed her.

She claimed that despite being from a wealthy family,Sina Rambo, who is also a cousin of Afrobeat star, Davido, is broke and doesn’t provide financially for the house.

Sharing a receipt of the money she sent to him, Korth wrote: “Later they will say Adeleke is my only achievement. Sina pay me my money you owe me from America and Nigeria. Beg beg. How many people do you have to fight with over bills? Or until them jack you for neck again like it just happened.”

While also showing a mark on her hand, Korth alleged that Sina’s sister inflicted the injury on her.

“After having a caesarian section and him rushing me out the hospital because he couldn’t get no weed. I had COVID-19 in labour, after my CS.

“I left the hospital this ngg ain’t help with no chores! Three days after caesarean (section), you told me to cook rice for you. You can’t even make tea yourself! SMH!

“During pregnancy, I was turned into a nanny! Nine months pregnant, (I was) bending and cleaning house up and down because he can’t even pick up after himself. But truly, venting this now, I be mumu.

“For y’all saying keep it private, the marriage is over and that’s why I am finally saying this. No, I will not succumb to abuse. I am not that girl, it’s enough,”she wrote.

The couple tied the knot at a private ceremony in October 2021, and welcomed their baby, Lola, in May 2022.