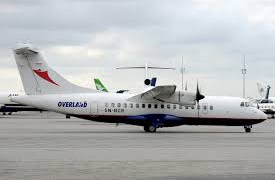 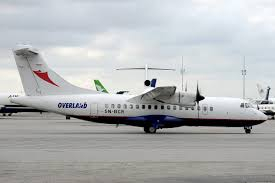 Share on FacebookShare on TwitterShare on WhatsAppShare on Telegram
Overland Airways have announced that it would begin scheduled flight services from Akure, Ondo State to Abuja.
According to the airline, the flights will be operated three times weekly on Mondays, Wednesdays and Fridays beginning from April 25, 2016.

Aanu Benson, the Chief Operating Officer of the airline was quoted as saying:

“We are humbled to serve the Sunshine State and support its economic and social development, such as cocoa farming, local arts and craft, tourism.”

“As the only airline older than 6 years in existence in Nigeria not taken over by the Asset Management Corporation of Nigeria (AMCON) Overland Airways has the economic stability to continue to empower Nigeria’s hinterland economies with sustainable, safe and comfortable flight services.”

‘I’m dangerously in love with my husband’ says Tonto Dikeh