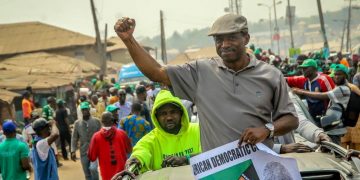 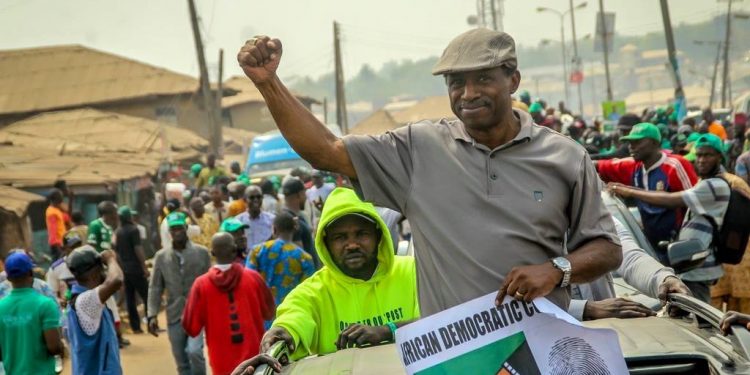 Senator Olufemi Lanlehin, the African Democratic Congress(ADC) governorship candidate in Oyo state has promised to reform the local government system in the state.

He stated this in Lalupon, Lagelu Local Government Area of Oyo State, on Wednesday while campaigning across Akinyele/Lagelu Federal Constituency.

Lanlehin accused the Oyo State government of neglecting the local councils, which is the third tier of government and the closest to the people. He said the local governments should have been at the center of grassroots development.

“We will ensure the local government system operates as it should, is well funded, and is responsive to the yearnings of the people.

“With our people centered aspirations and policy thrust, we need a local government that operates well, so our democratic dividends can reach our people quicker,” he said.

Lanlehin, who had earlier met the Council of Baales and Chiefs in the local government, promised that his government will construct network of rural roads and inner city roads, to improve the distribution of farm produce to markets, and bring development to the rural areas.

“Our government will embark on people centered contracts, which employs our artisans, provides job for them, and puts money in their pockets. That way, the state’s economy is revamped, and prosperity is spread,” Lanlehin said.

He urged the people of the state to vote for the candidates of the ADC which he described as the only party committed to improving people’s welfare and ensuring their “resources work for them”.