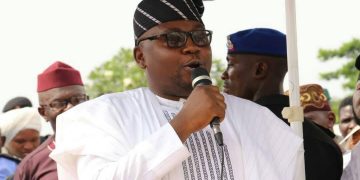 Oyo 2019: Adelabu vows to give priority to Apete-Awotan communities in first 100 days in office

Oyo 2019: Adelabu vows to give priority to Apete-Awotan communities in first 100 days in office 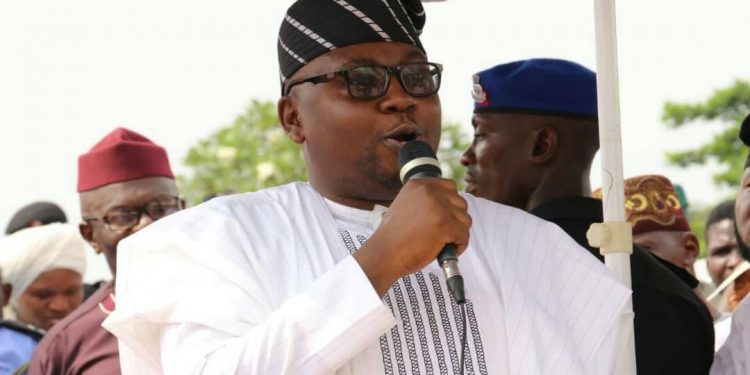 Governorship candidate of the All Progressives Congress (APC) in the March 2 election in Oyo State, Mr. Adebayo Adelabu has assured residents of Apete and Awotan and environs in Ido Local Government Area of the completion of the roads linking the areas to the rest of the ancient city of Ibadan.

According to a statement made available to journalists on Tuesday in Ibadan by the spokesman of Friends of Bayo Adelabu (FOBA), Dr. Bayo Busari, Adelabu gave the assurance on Monday when he took his campaign train to Ape and Awotan areas.

While addressing the rally at Awotan, Adelabu promised to improve on the physical infrastructure of the area while also reminding the people that he had previously showed his support by grading the roads for the people in the past.

He said he will not neglect development of the area especially since his children attend one of the schools in the area. He promised to make it part of his targets of his first 100 days in office.

He also used the opportunity to educate the voters on the best approach to vote on the ballot paper, as he advised them to use their index finger to vote, to avoid nullification of votes by INEC. He urged them to cast their votes for APC on February 16 and March 2, 2019.

Adelabu’s campaign train attracted a large crowd with a roadshow from Apet to Awotan where the rally held. Notable Nollywood stars were part ofmthe roadshow.