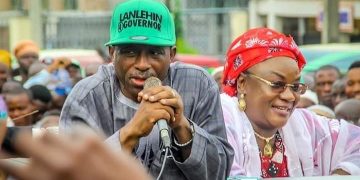 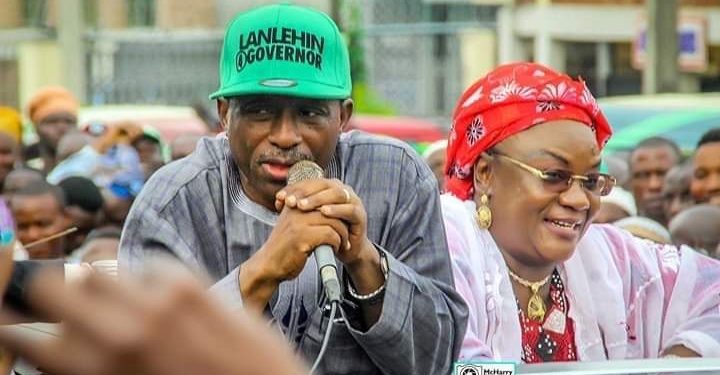 The decision was taken at the party’s executive committee monthly statutory meeting held on Tuesday at its office in Oke-Bola, Ibadan, to review various political developments since the last governorship election in the state.

According to a communique signed by the State Secretary, Alhaji Emiola Wasiu and the Acting State Publicity Secretary, Barr. Bimpe Adelowo,
the leaders frowned at party officers at state, local and ward level attending what they described as “unauthorized meetings” organised by individual or group of people, which have semblance of party’ structure.

The party directed that “henceforth clearance should be sought from the state secretariat before attending any such of the meetings that has assemblage of state, or senatorial image.”

Stressing that the ADC banner and laws cover all members irrespective of the group of party they hitherto belonged to, or the platform through which they fused into the Oyo ADC, it said “no tendency within the party should be castigated for the sin of the individual within such group or tendency, that only the erring individual no matter where he/she belongs will be sanctioned accordingly.”

Members were also advised to exercise restraint and patience in their expectations from the coalition they party went into with the PeoplesDemocratic Party (PDP) before the 2019 governorship and State Assembly elections in the state.

The party stated that all discussions and negotiations on the coalition arrangement be left to Senator Olufemi Lanlehin, who was the party’s governorship candidate and considered the face of the ADC in the coalition.

According to the communique, “the meeting affirmed its believe and confidence in the leadership of the party being represented by the face of ADC in the coalition arrangement, Senator Olufemi Lanlehin our governorship candidates in the last general elections.”

It however praised its party members at all levels for conduct and faithful devotion to the party’s directives and instructions in the build up to the coalition, stating that members’ high sense of compliance contributed in no small measure, to the success of the coalition candidate Engr. Seyi Makinde of PDP.

The ADC expressed confidence that parties involved n the coalition, which include the ADC, PDP, Social Democratic Party (SDP) and Zenith Labour Party (ZLP), will “keep to the spirit and letters of the coalition agreement”

The communique added that: “The meeting equally reiterated its confidence in the leadership and elderly wisdom of our revered leaders, elders and father figures Dr. Adebisi Busari, Chief Michael Koleosho, and Chief Layiwola Olakojo; and the leadership of Senator Monsurat Sunmonu, Ambassador Taofeek Arapaja, Hon. Festus Wale Adegoke, Senator Gbenga Babalola and other leaders and party’s candidates of good standing who are faithfully and devotedly committed to the course of ADC in Oyo State.

“The meeting acknowledged deep sense of responsible and responsive leadership all these worthy leaders mentioned above who in their unquantified wisdom subscribed to the dictum of UNIT OF COMMAND by endorsing Senator Olufemi Lanlehin as the face of the Party in whatever collation arrangement that involve ADC.”