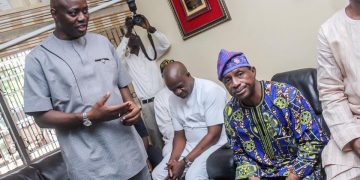 Oyo ADC reveals why Lanlehin withdrew from coalition with Makinde

Oyo ADC reveals why Lanlehin withdrew from coalition with Makinde 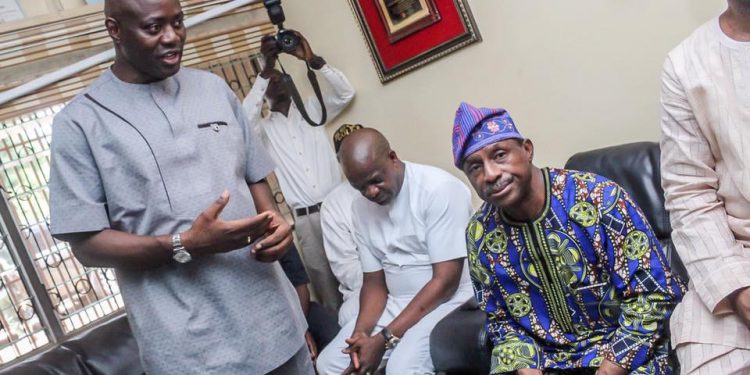 The African Democratic Congress (ADC) in Oyo State has given an insight to the reasons why its leader, Senator Olufemi Lanlehin, withdrew from the coalition arrangement the party signed with Governor Seyi Makinde and his Peoples Democratic Party (PDP) before the March 9 governorship election.

Lanlehin announced on Tuesday that he was withdrawing from the coalition because Governor Makinde had failed to comply with some of the terms of the deal.

Makinde, reacting through his political adviser, Babatunde Oduyoye, however denied breaching the terms of the agreement. He said Lanlehin’s decision was caused by the disagreement he was having with other leaders of the ADC and not with the governor.

In a statement issued on Wednesday, the acting publicity secretary of the Oyo ADC, Barister Bimpe Adelowo, confirmed that Lanlehin indeed had disagreements with other leaders of the party. He however stressed that the ADC “is still committed to coalition arrangements as an integral part of Oyo State Government.”

Adelowo explained that the party has already taken “a responsible and responsive urgent measure to nip the situation in the bud to rest and step down the disagreement which provoked the withdrawal of Senator Oluwafemi Lanlehin from coalition government.”

It said further: “This is not the time to trade blame, but a period of sober consolidation of strength of the forces that terminate the reigns of the inhuman and tyrannical government of APC in Oyo State.

“We therefore appeal for calm among all the leaders and urge them to give peace a chance in the interest of numerous followers and general public.

“ADC hereby wish to use this medium to appeal to His Excellency, Engineer Seyi Makinde to forthwith continue with the lofty idea of implementation of coalition agreement on other appointments across boards (Senior Special/Assistants, Special Assistants, Executive Assistants, Boards and Parastatals, Local Governments inclusive).

“We equally appeal to the general public and teeming members of the coalescent parties to see themselves as one in this struggle and desist from heated, rhetoric and caustic accusations.