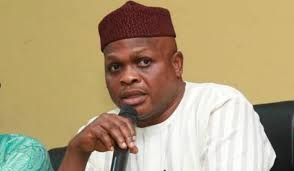 The Association of Local Government of Nigeria(ALGON), Oyo State Chapter has told the Governor Seyi Makinde to thread with caution especially on the issue of local government administration, saying that government does not run on “threats and illegalities.”

The association in a statement signed by its chairman, Prince Ayodeji Abass-Aleshinloye, on Tuesday said the governor should name and shame those who abused their offices while serving in the immediate  past administration in the state instead of resorting to “threats and subtle blackmail.”

“We wish to advise His Excellency, that it is time for serious business of governance. A serious government does not run on threats and subtle blackmail of ‘I will expose, I will reveal.’ Mr. Governor has every legal and administrative machinery at his disposal to name and shame those, who in his imagination, abused their offices in the previous administration,” the statement said.

ALGON noted that blackmailing people who served in the immediate past administration is enough self-distraction for the present government stating that   “any insinuation comes with a response.”

The Chairmen also slammed the governor for saying in his recent media chat that he would conduct local government elections in the first quarter of next year, stressing that there is a subsisting court order of competent jurisdiction which the governor has appealed and for which committal proceedings have been instituted against government officials.

“Mr. Governor’s Faux Pas on Local Government in Oyo State in his media chat where he carefully forgot to tell the public that there is a subsisting judgment of a court of competent jurisdiction, as well as a pending appeal he claimed to have filed at the Court of Appeal. The trial court has issued an order which his government has been flouting with impunity and his spokesmen are deriding as ‘arrangee’,  for which committal proceedings have been issued against the errant officers of the state. Yet his Excellency seeks to assure the public that he would respect the judiciary while deriding the institution and its pronouncements.

“At the same time he promised that he would conduct local government election in the  first quarter of next year when he knows that the tenure of elected local government officials will end in 2021.

“It is scary that the governor of the pace setter state, by this preemptive pronouncement is indirectly  telling us that he would not obey the judgement of the court or that of the appellate court if it does not favour his government.

“While proclaiming deceptively that he would obey the court on one hand, at the same time he is flouting existing order. He has also let us into his mind that he would not obey an unfavorable court judgement. Clearly we are poised for perhaps the most turbulent of administrations whose head by his public utterances has declared war on the rule of law, the judiciary and all that is civil and democratic in our state,” the statement said.

ALGON said it remains committed to defending grassroots democracy, rule of law, peace and good governance in the state.