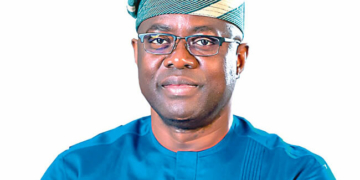 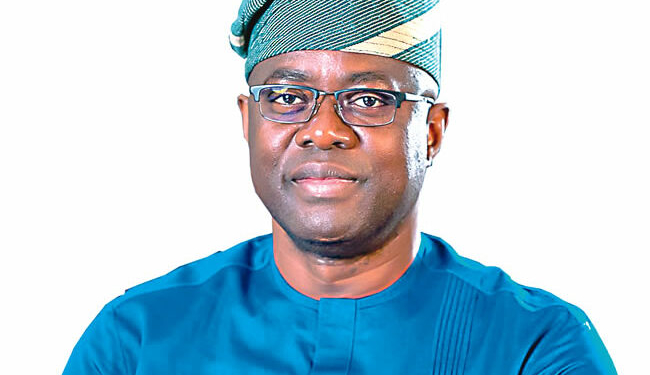 The All Progressives Congress (APC) in Oyo State has berated Governor Seyi Makinde and the Peoples Democratic Party (PDP) over alleged incessant sponsorship of fake news and unsubstantiated claims against the opposition party, saying that such efforts would not stop them from imminent sack from power in the 2023 general elections.

Oyo APC was reacting  to a news report published in some online mediums which claimed that one Alhaji Bashir Adeola (a chieftain of the party) condemned APC  in favour of the ruling PDP.

In a statement issued on Tuesday and made available to journalists in Ibadan by its Publicity Secretary, Olawale Sadare, Oyo APC dismissed the said Bashir Adeola, describing the name as fictitious, adding  that “the fraudulent report was the handiwork of some desperados in power who have been overwhelmed by the political fireworks of Oyo APC as demonstrated in the last few months.”

“Some funny characters around Gov. Makinde feel that the best way to mitigate the effects of political affliction which befall their administration and party every day. That a party in power keeps losing its members and supporters to the opposition is not a healthy development for Gov. Makinde but he has nobody to blame for this as he cannot have his cake and eat it. A governor who neither does well with governance nor runs an all-inclusive government cannot have the trust of serious politicians and voters.

“We have painstakingly checked our party membership register and found no member by the name Bashiru Adeola. We then wonder where the PDP media got the ghost to speak with them as a chieftain of Oyo APC. The unscrupulous PDP elements packaged their usual lies and they just put a fictitious name as the source whereas the so-called Bashir Adeola was without a known Ward, Local Government Area or traceable residence or office address.

“As it is their usual antics, Oyo PDP came up with the latest spurious story aimed at discrediting our party (APC) in an attempt to water down the adverse effect which the defection of a two-term House of Assembly member, Hon. Olusegun Olaleye (Radical Brother), would have on their party and government. Hon. Olaleye retraced his step as he returned to the Progressive fold few days after hundreds of PDP leaders and members had left the PDP for the APC in Oyo Federal Constituency.

“For the avoidance of doubt, we do not have any member or chieftain who bears the name mentioned and it is safe to say that the story was sponsored by the PDP to mislead the public. We are focused on our electioneering campaigns as a serious political party whose candidates have all it takes to win the forthcoming election in the state. Therefore, we urge the electorate to disregard myriad of fake news being churned out to create a soft landing for Gov. Makinde who has already lost his reelection bid even before the day of the poll,” Sadare added.