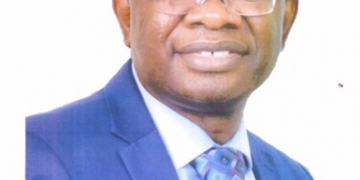 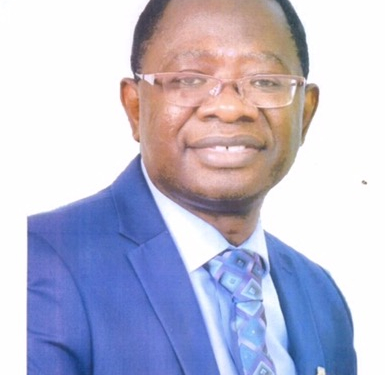 The Oyo State Government has announced the appointment of Professor Ayobami Salami, a Deputy Vice Chancellor (Academic) at the Obafemi Awolowo University, as the pioneer Vice-Chancellor of Technical University, Ibadan.

INEC deploys ex-Tech U VC to Ekiti as REC, Agboke to Osun

The Secretary to the State Government, Mr. Olalekan Alli, who made this announcement in a statement on Monday evening, said, the Governor of the State, Senator Abiola Ajimobi approved the appointment of Prof. Salami with immediate effect for a term of five years.

Prof. Salami was until his appointment, Deputy Vice-Chancellor (Academic) and Director, Institute of Ecology and Environmental studies at the prestigious Obafemi Awolowo University, Ile Ife.

Prof. Salami, in June 2016 had been appointed VC of the Obafemi Awolowo University but the SSANU and NASU protests that broke out as a result of his appointment did not allow him to resume until the Federal Government suspended the school’s Governing Council and later appointed Prof Anthony Elujob as Acting VC.

Salami’s appointment as Tech-U VC interestingly coincides with the appointment of a new OAU VC in the person of Prof Eyitope Ogunmodede.

Alli’s statement described the new Tech-U VC as a widely travelled scholar and internationally-sought after environmental consultant with previous teaching and research experience in University of the Gambia, The Gambia; University of Dar es Sallam, Tanzania and International Institute for Geo-Information Science and Earth Observation, Enschede, The Netherlands.

He explained that Tech-U, a newly licensed tertiary institution situated in an industrial hub of the state Free Trade Zone designed to accommodate 175 manufacturing concerns, was an initiative of the Oyo State Government to train students on practical experience of their scholastic activities, adding that the University is founded on the principle of unique innovation, research collaboration, exceptional service, integrity, excellence and the uplifting of human conditions.

According to him, Tech-U is committed to the efficient and responsible use of science, technology, engineering and innovation in solving societal problems, while maintaining a culture of entrepreneurship anchored on quality programmes that are responsive and financially suitable, adding that the University is expected to commence full academic activities in September 2017.

“The University’s mission is to cultivate a cadre of technical professionals, with requisite entrepreneurial skills, capable of creating jobs and employment. This will be done by imparting sound theoretical knowledge and practical skills in various trades and disciplines to students. The focus is to provide the training and learning environments that will produce exceptional graduates who are socially-conscious and technically-competent,” Mr. Alli stated.