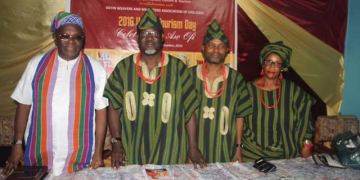 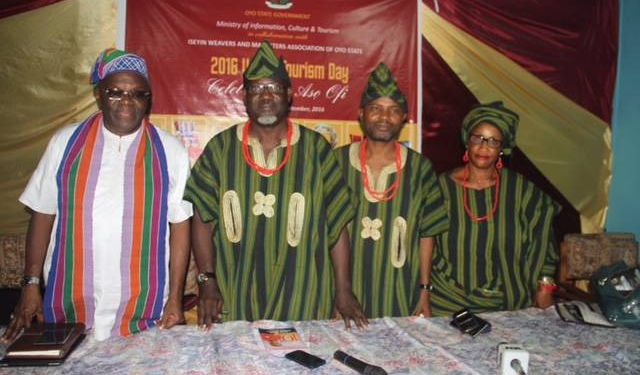 The Oyo State Government has rolled out plans to celebrate the locally fabricated textile popularly called “Aso Ofi” from the Iseyin area of the State, as the highpoint of the 2016 edition of the World Tourism Day celebration on the 27th of September 2016.

With the theme: “Tourism for all- promoting Universal Accessibility: special focus on Aso ofi”, the celebration will come up between September 25th -27th, 2016.

Speaking during a Press conference held at the film theatre of the Ministry, the State Commissioner for Information, Culture and Tourism Mr. Toye Arulogun noted that the State Government was collaborating with the Iseyin Weavers and Marketers Association to showcase the Southwest ceremonial fabric as a fashion tourism, youth empowerment and entrepreneurial engagement that would stimulate the growth and development of the cultural tourism potentials of the state.

According to Mr. Arulogun “this year’s edition of the World Tourism Day which will be celebrated between the 25th and 27th of Septemberat the old NYSC camp, Iseyin. It will be a platform to reawaken the indigenous textile sector of the Oyo State economy with a view to adding value to the production and marketing process.”

The government spokesman pointed out that the three-day event would feature a road show around Iseyin town, weaving competitions, musical concerts, cultural displays, fashion parade, colloquium and exhibition amongst others.

“Governor Abiola Ajimobi is committed to turning around the fortunes of Oyo State in a holistic manner such that every facet of life and every sector will experience development in the state. Top on the list of that Agenda is the transformation of the beautiful landscapes, historical sites, and cultural heritage of the people”, he stressed.

Mr. Arulogun also called on genuine corporate and individual investors to partner with the state, for the preservation of the state’s cultural heritage, historical sites, artifacts and monuments thereby adding value and boosting the cultural tourism potentials in the state. 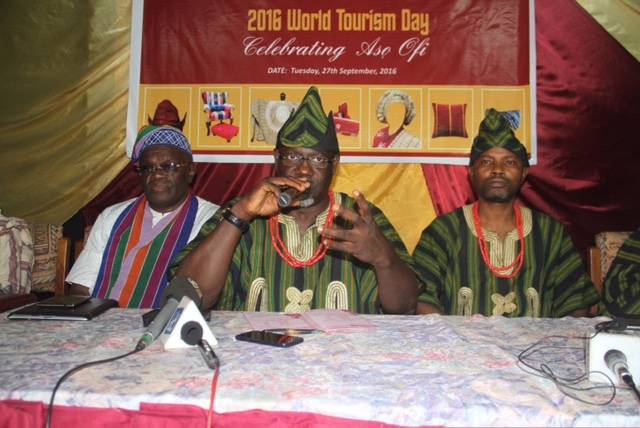 INEC to pay 19,000 staff twice because of Edo election postponement