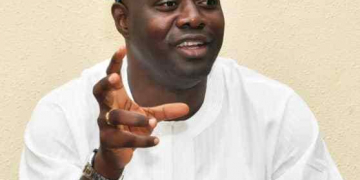 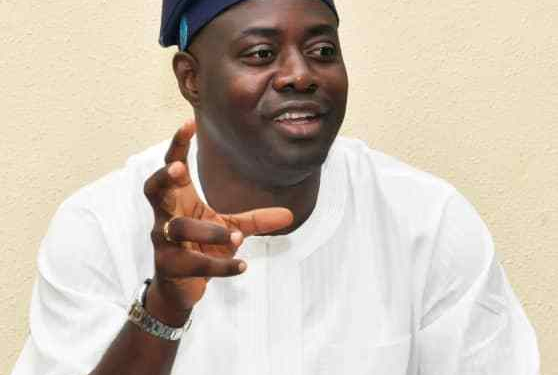 The governorship candidate of the Peoples Democratic Party (PDP) in oyo state, Engr Seyi Makinde has accused the state government of celebrating mediocrity by praising itself while Shooting Stars Sports Club (3SC) wallows in the second tier of the Nigerian League.

This comes after the club’s Chairman, Mr. Gbolagade Busari blasted Makinde on Wednesday, asking him to desist from his projection of doom over the position of the club in the Nigeria National League (NNL).

Mr. Busari, according to a statement issued in Ibadan on Wednesday, said “Seyi Makinde should rather project doom for his governorship aspiration instead of the 3Sc which is currently chasing promotion to the Nigeria Premier League as the team has already qualified for the Super 8.”

The club boss was reacting to comments credited to Makinde over last weekend’s controversial loss of the team to Insurance Football Club of Edo state.

Makinde, through the spokesman for his campaign organisation, Prince Dotun Oyelade, had stressed that the present administration in Oyo state ” and not the management of the club should be held responsible if the club fails to come back to the top flight and remains relegated this season again.”

Busari had said: “Today, 3SC with the least goals conceded in the national league is and the highest number of goals scored is on course for promotion alongside Bendel Insurance FC because we are the two best clubs in our group with 29 and 28 points respectively. It is mischievous for Mr. Makinde to be politicising Shooting Stars’ football club affair and predicting that the team has failed to qualify for promotion to the Premier League, even when the league is not yet concluded”

Busari had described Makinde as being ignorant of sports management.

But in a swift response, Makinde’s campaign team said government owes every player at 3sc and Crown football clubs a minimum of 3 months salaries and several match bonuses.

The statement said that it is untrue that Governor Ajimobi makes the welfare and well being of the players his priority because “the players are demotivated and Shooting Stars is the only notable club without a permanent camp where many of the players go home on half salaries when they are paid at all.”

According to Makinde, when by the grace of God 3sc climbs back to the top league, it will be as a direct result of the efforts of the players themselves and their unflinching supporters of which Makinde is one and not the complacency of an uncaring government.