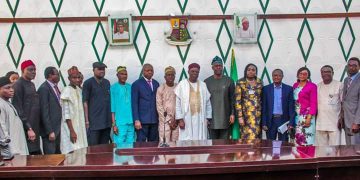 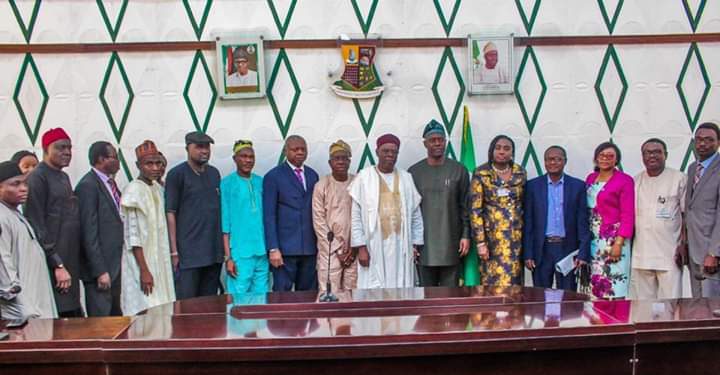 Oyo State Governor, Engr. Seyi Makinde on Tuesday declared that the state government is technically bankrupt, adding that his administration is still looking for ways to salvage the situation and ensure the smooth running of government.

He disclosed this while playing host to members of the governing council of the University of Ibadan(UI) who were on a courtesy call to his office.

It would be recalled that the governor stated over the weekend during a media chat that the state is indebted to the tune of N150bn.

He said the situation is so critical that if the state were to be a private organisation, he would advise it to wind up instead of lending money to it.

“So, we have been looking for ways to keep the government running. We have been beaming our searchlight on areas we can get money.”

Makinde, who noted that UI is an important member of the community, said his government will collaborate with the institution especially in the area of Public-Private Partnership to create a synergy between the academia and the government.

He appealed to the visitors to ensure that the outcomes of their research works on the university shelves are brought to the government so as to utilize them to better the lives of the people living in the state.

He said: “The University is a very important member of this community. We will like to collaborate with the university especially in the area of Public-Private Partnership (PPP) and for us, there should be a serious synergy between the academia and the government because the majority of the very good research outcomes stay on the shelf in the university.

“We want those to come out for us, to work together, to utilize those research outcomes to better the lives of our people. The government of Oyo state is keen and ready for such a partnership.”

The governor also promised to make a pronouncement soon on how to effect a turnaround for Agbowo Shopping Complex which he described as an eyesore and a security threat to both the university and neighbouring communities.

He emphasised that his administration is looking at various ways to boost the internal revenue of the state, hoping that the university will pay all outstanding tax it is owing the state government.

“The Bureau of Internal Revenue(BIR) came to me and said they had issue of PAYE (Pay As You Earn) with the University of Ibadan. And at the governor’s forum, I saw a document where a lot of the states got a huge refund from PAYE due to the federal institutions located in such states. I believe Ogun state got about N8billion; another state in the South West got N10 billion; and Oyo state got only about N91million. Then, I wondered what was going on here. They told me that it was work in progress and that they had been talking and did not have cooperation from the University of Ibadan.

“I can give you the assurance that this is something for the federal government to refund to us. All we need to do is open the books and see what has gone on and have an agreement. I told the Chairman of BIR that himself and myself will come and meet with the University of Ibadan to get the money.

“We will utilize such money immediately to do things that will lift our environment,” the governor stated.

Speaking earlier, the Pro-chancellor and Chairman of Council, UI, Waklek Mutka stated that the institution will cooperate with the state government in the area of research. He expressed the appreciation of the university for the “donation of N25million towards the rehabilitation of our facilities that were destroyed by the rainstorm of Saturday, March 9, 2019, even as a Governor-Elect.”

“Your magnanimity is unprecedented and we believe that the University will continue to enjoy the full support of the government. It is hoped that your administration will ensure that we have an environment that will guarantee peace and stability.

“We would cooperate with the state government in the area of research. Very soon the university will involve the government to work out the possibilities and the details,” Mutka said.