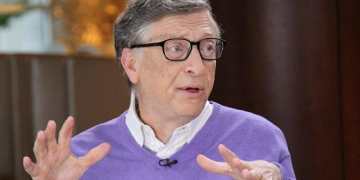 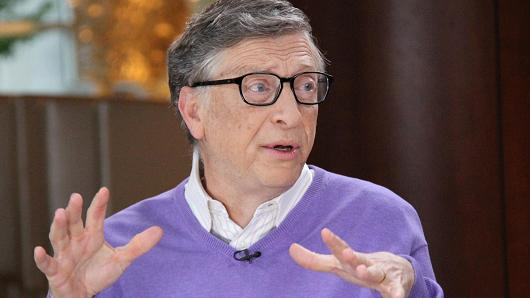 Have you also noticed that prominent United States citizens did not feature in the Panama Papers scandal which has names of associates of Russian President Vladimir Putin, U.K. Prime Minister David Cameron and the former Icelandic Prime Minister Sigmundur David Gunnlaugsson?

This has left Microsoft founder, Bill Gates, a little bit surprised. He expressed his surprise in an exclusive interview with CNBC in Qatar.

“I was surprised there were so few Americans,”

“Whenever you file your tax return, you are asked to declare what overseas bank accounts and assets you have. It doesn’t mean that everybody, absolutely answers that question correctly.

READ: What you need to know about #PanamaPapers and the 150 politicians, leaders from 50 countries exposed

According to Forbes this week, preliminary reports show that there are more than 200 people with U.S. addresses named in the Panama Papers.

Many reasons have been bandied around for the lack of American names in the list.

Some theories conclude that Mossack Fonseca wasn’t a favorite law firm among Americans. While others suggest that the U.S. has its own flexible entity structures and corporate tax breaks. Many pundits also suggest that it is easy for U.S. citizens to create shell companies in certain states.

Meanwhile, in an exclusive interview with CNBC on Tuesday, UBS whistleblower Bradley Birkenfeld suggested the hacking of the Panama City-based firm could have been done by a U.S. intelligence agency.
“The CIA I’m sure is behind this, in my opinion,” Birkenfeld – a former UBS banker and one of the most significant financial whistleblowers of all time – said.