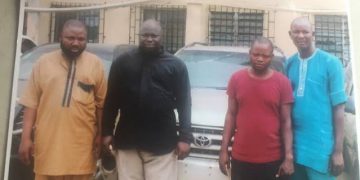 Pastor confesses: I stole N1.2m SUV because my members’ tithes, offerings were too small

Pastor confesses: I stole N1.2m SUV because my members’ tithes, offerings were too small 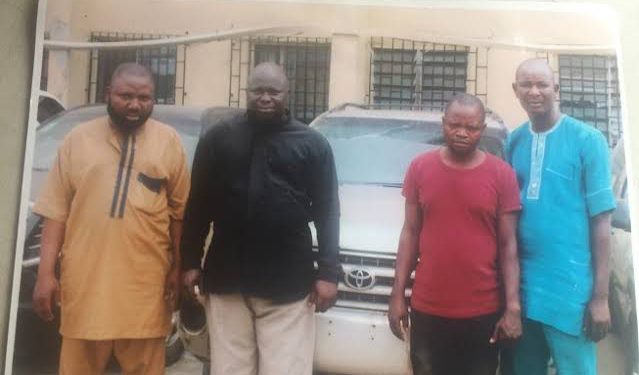 Ehindero, who confessed that he stole a N1.2 million Sport Utility Vehicle (SUV) because his congregation’s tithes and offerings were not enough to pay off a N650,000 bank loan, blamed the devil for his action.

The Federal Special Anti-robbery Squad (FSARS) at Adeniji Adele Road, Lagos Island,  alleged that Ehindero stole the Toyota Highlander SUV from a car dealer and sold it at Ore in Ondo State for N600,000.

The police said they also have in their custody, Ehindero’s suspected accomplices; Lateef Oyetunde, who allegedly purchased the SUV from him, Jamiu Abiodun, 35, and Lukman Moyoyesa, who both allegedly introduced Ehindero to the buyer.

Ehindero during his confession to the police had said, “I decided to steal the SUV to sell and use the proceeds to repay the N650,000 loan I borrowed from a microfinance bank in Lagos.

“I borrowed N650,000 from a microfinance bank to renovate my church, with the hope to recover the investment from tithes and offerings, but I was surprised that for three months, no money was realised to repay the loan.

“When the pressure from the microfinance bank became unbearable for me, the devil told me to steal a vehicle from the car dealer to sell and use the proceeds to repay the loan. I regret my action.”

Oyetunde, however, denied being aware that the SUV was a stolen vehicle.

He said: “If I had known that the pastor stole the SUV, I would not have purchased it.”

The police alleged that Ehindero visited a car sales outlet at Sango-Ota, belonging to one Jamiu. He introduced himself as a cleric and requested for a Toyota Highlander SUV to be used for evangelism.

After the parties agreed a price of N1.2 million for the SUV, the dealer allowed him to test drive the vehicle within the area, but the pastor got into the car and drove off.

According to the police, Ehindero switched off his phone, removed the SUV’s number plate marked ‘LND 816 CK’ and sped off to Ore, where he sold the vehicle to a spare parts dealer for N600,000.

After waiting for 24 hours, Jamiu reported the case to the Deputy Commissioner of Police(DCP) in charge of FSARS in Lagos,  Mr. Kola Okunola Kamaldeen.

Following investigation, the SUV was tracked to Ondo State and recovered. The buyer and Ehindero’s suspected accomplices were also arrested at the scene while the pastor was traced to his home in Sango-Ota.

Police said the suspects would be arraigned after investigation.