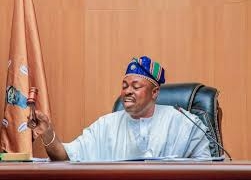 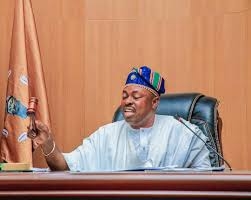 The Osun State chapter of the Peoples Democratic Party (PDP) has accused the Speaker of the State House of Assembly, Mr Timothy Owoeye, of betraying his oath of office and undermining the sanctity of state authority by declaring that the immediate past governor, Adegboyega Oyetola, would return to office as governor before July 5, 2023.

While speaking at the inauguration of Tinubu/Shettima Presidential Campaign Council in Osogbo on Thursday, Owoeye had predicted that Oyetola would return to office before July 5 this year.

“In 2019, the Supreme Court gave its final verdict on July 5, affirming the victory of Oyetola as governor. If you know them, go and tell them that before July 5, 2023, Oyetola will be returned as Osun Governor.

“They thought they could manipulate the results of the election in their favour, but we thank God that the results of the Bimodal Voter’s Accreditation System exposed them. The defeat suffered by the All Progressives Congress in the July 16 Osun governorship poll was a temporary setback,” the Speaker was quoted you have said.

“It is a sign that the party remains the one to beat anytime and any day in Osun,” the former governor said.

But a statement issued by the acting PDP) Chairman in Osun State, Dr Adekunle Akindele, said his party was alarmed that a sitting Speaker openly “exposed a sinister agenda to undermine the integrity of the judiciary by making proclamations on a matter that is subjudice.”

He also called on Owoeye to apologise to the judiciary and retract his statement, urging the people of the state to vote against APC in the forthcoming polls.

“We at first decried the failure of the Speaker to respect the office he is occupying, to rise above petty partisan politics.

“We condemn in no small measure the lack of courage and demise of statesmanship demonstrated by the House Speaker, who today openly revolted against the will of Osun people and who has unashamedly embraced ignoble falsehoods and propaganda of a defeated Oyetola,” Akindele said.