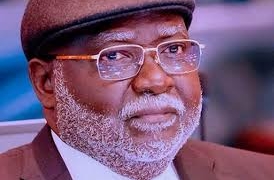 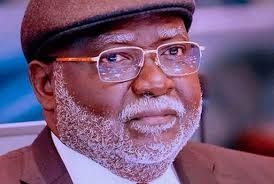 The Peoples Democratic Party (PDP) has described the comments credited to the Chief Justice of Nigeria, Olukayode Ariwoola, as worrisome.

Ariwoola, who is from Oyo State, was reported to have said he was happy that Oyo State Governor, Seyi Makinde, is a member of the G5 governors in the PDP.

The G5 are aggrieved PDP governors calling for equity, fairness and justice in the party, specifically insisting that the national chairman, Senator Iyorcha Ayu, must step down to pave the way for someone from the South to succeed him, since the party’s presidential candidate, Atiku Abubakar, hails from the North.

Speaking at a banquet held in his honour by Rivers State Governor, Nyesom Wike, in Port Harcourt, on Thursday night, the CJN was quoted to have said:”That is why we should not be scared to have these men of the integrity group.

“And I am happy that my own governor is among them because he would try to imitate his friend and in-law because we came here to marry for my governor.

“So, Governor Wike will always threaten that he will call back his sister if my governor fails to play ball. That is why you see him following his Excellency (Wike) because my governor is afraid of his wife being recalled.”

“By delving into the internal affairs of the PDP at a public event in Port Harcourt, Rivers State on Thursday, November 24, 2022, where he was reported to have made reference to the political activities of some PDP governors, which comment is viewed to be encouraging division in our party, the PDP posits that the CJN’s action is unacceptable and inconsistent with his status as the head of the judicial arm of government.

“Our party is worried that such partisan comment by the CJN is in violation of his Oath of Office as the head of the country’s judicial arm which is expected to be impartial and non-partisan.

“Irrespective of the circumstance or situation, the CJN is expected to be circumspect at all times and avoid partisan actions and utterances that are likely to erode the institutional integrity of the judiciary and bring it to disrepute especially as the nation prepares for the 2023 general election,” he said.

Ologunagba stressed that in a Federal Republic such as Nigeria, with a constitutional separation of powers, the judiciary is entrusted with the responsibility of interpretation of the laws and as such should be seen to be neutral at all times and endeavour to interpret and review the laws in the context of the case and controversy of the parties before it.

The PDP spokesperson added that Nigerians expected the CJN, with his experience, to be in a position to advice, rebuke and punish members of the judicial arm who get entangled in the political arena

“The fact that the CJN himself is the one reportedly violating this critical ethic of neutrality, fairness and respect for the Oath of Office for Judicial Officers raises serious concern in our polity.

“The question is, how do Nigerians and especially the PDP trust that the CJN will be an even-handed arbiter in any case or matter relating to internal issues in our party or those connected to other political parties?

“It is instructive to note that the test for a Judge to recuse himself from a matter is the “likelihood of bias” and the CJN is expected to be mindful of that test in his public engagements,” the PDP spokesperson said.