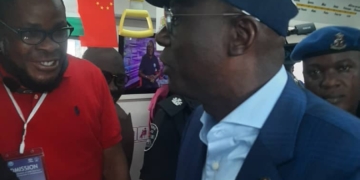 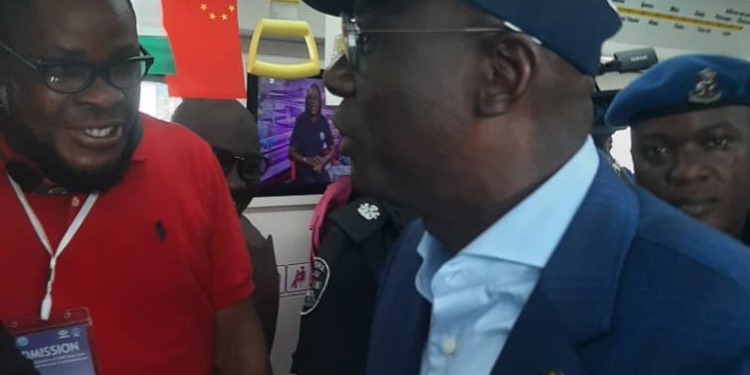 The Lagos Metro Rail Line has become a reality after over four decades.

Governor Babajide Sanwo-Olu alongside other dignitaries including representatives of the contractors, the China Engineering and Construction Corporation (CCECC) boarded the train for a test run from the National Theatre Station to Marina, on Wednesday.

The test run of the train followed the completion of infrastructure work on the blue rail line from Mile 2 to Marina.

Speaking before the train ride, the governor explained that the test run is to ensure that everything is in order ahead of the commencement of commercial operations on the train.

According to Sanwo-Olu, the dream of having an integrated transportation system is now becoming a reality, adding that the reality is a culmination of several impactful reforms in the transport ecosystem in the state.

The metro line project has been colour-coded in different phases comprising the Blue Line (Mile 2 to Marina); Red Line (Agbado-Marina); among others.

The construction of the Blue Line which covers 27 kilometres started during the administration of former Governor Babatunde Fashola.

The contract include the fundamental design and development of the rail infrastructure while the construction is being done in phases. The first phase includes the National Theatre to Mile 2 section and the second involves the Mile 2 to Okokomaiko section.

Sanwo-Olu stated that the second phase which is Mile 2 to Okokomaiko would continue non-stop, saying it will not only reduce travel time for Lagosians, but will give them a comfortable travel experience.

“This is for you, about your family, your children, your sustenance, this is about making lives better for you, to make sure you commute seamlessly in a safe and secure environment.

“This is our promise for you. We want to thank you, even in the face of difficulty you stood with us. This is for you, ensure you safeguard it. Bear in mind, it is powered by electricity, and it must not be trespassed on. Rail crossing is a no-no for anyone. We have provided enough pedestrian bridges. This is an electric railway, nobody can walk on the track. It will be powered by electricity 24/7,” he said.

President Muhammadu Buhari is expected to commission the project in January 2023.