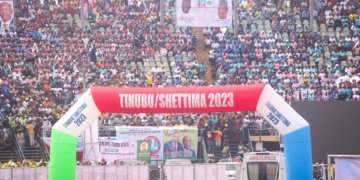 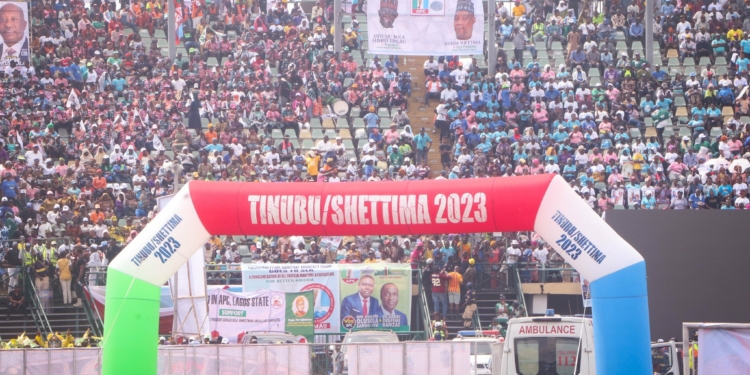 The city of Lagos stood still on Saturday as the state chapter of the All Progressives Congress (APC) held a rally for the party’s presidential candidate, Asiwaju Bola Tinubu, at the Teslim Balogun Stadium, in Surulere.

Teslim Balogun Stadium, venue of the rally was filled to the capacity as party members and various support groups of the presidential candidate from across the South West region and country thronged the venue.

As a proactive measure, the state government had on Friday announced a temporary diversion of traffic in the axis because of the anticipated mass movement of party members and supporters within the vicinity of the venue of the rally in Surulere area of Lagos.

The Director General of APC Campaign Council in Lagos State Council, Senator Ganiyu Solomon, said the rally was a homecoming for Tonight.

Solomon said the massive attendance by members of the APC and supporters was an attestation of the popularity of Tinubu, whom he said has remained the most consistent, the biggest contributor and most visible democratic icon since the advent of democracy in 1999.

“Asiwaju Tinubu excelled as a Senator of the Federal Republic representing Lagos West Senatorial District, and as the Governor of Lagos State between 1999 and 2007. Therefore, the event is like a homecoming for our leader,” he said.