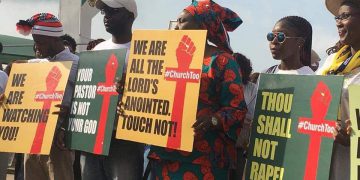 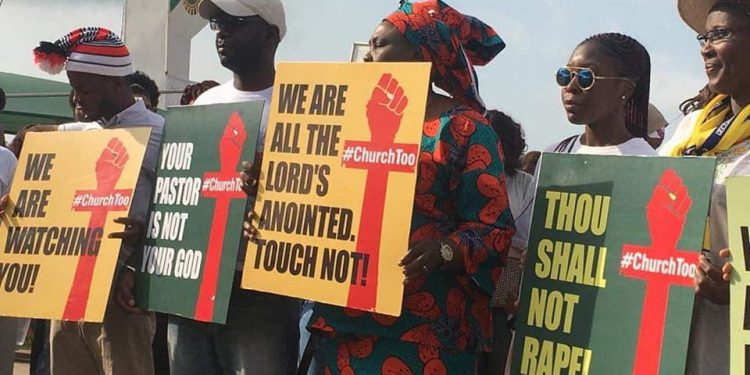 Protesters on Sunday stormed the Commonwealth of Zion Assembly (COZA) in Abuja to protest against Pastor Biodun Fatoyinbo, the Founder and Global Senior Pastor of the church.

The protest follows allegations of rape against Fatoyinbo by Busola Dakolo, photographer and wife of inspirational singer, Timi Dakolo.

Fatoynbo has denied any wrong doing but protesters are demanding he steps down as pastor and face the barage of allegations sexual offences against him.

Some of the placards held by protesters read ‘We are watching you,’ ‘Your Pastor is not your God,’ ‘Thou shall not rape’ and ‘No to sexual abuse in my church’ among others with the hashtag ‘#ChurchToo.’

Armed policemen, DSS operatives and soldiers built cordons around the church as the protesters gathered.