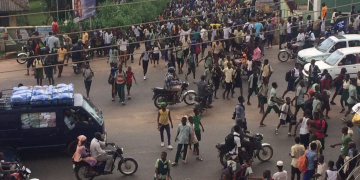 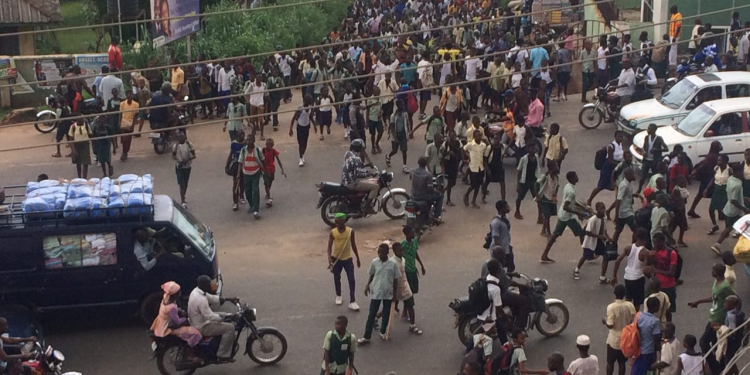 Secondary schools pupils went on rampage on Monday to protest an alleged plan by the state govenment to privatise public schools in the state.

Pupils who went to school this morning were turned back home by the teachers in protest.

Other pupils went on rampage across the city.

The pupils, armed with various dangerous objects, disrupted flow of traffic and went to other schools to compel the pupils there to join the protest which yhey later took to the secretariat of the All Progressives Congress (APC) in Ibadan. 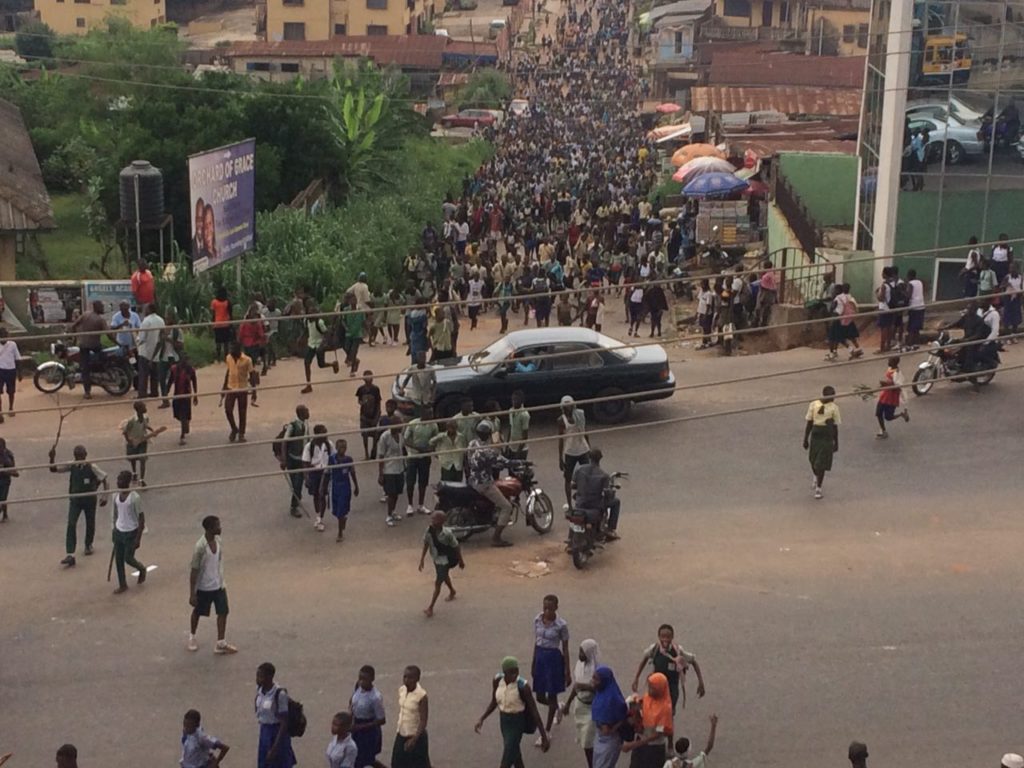 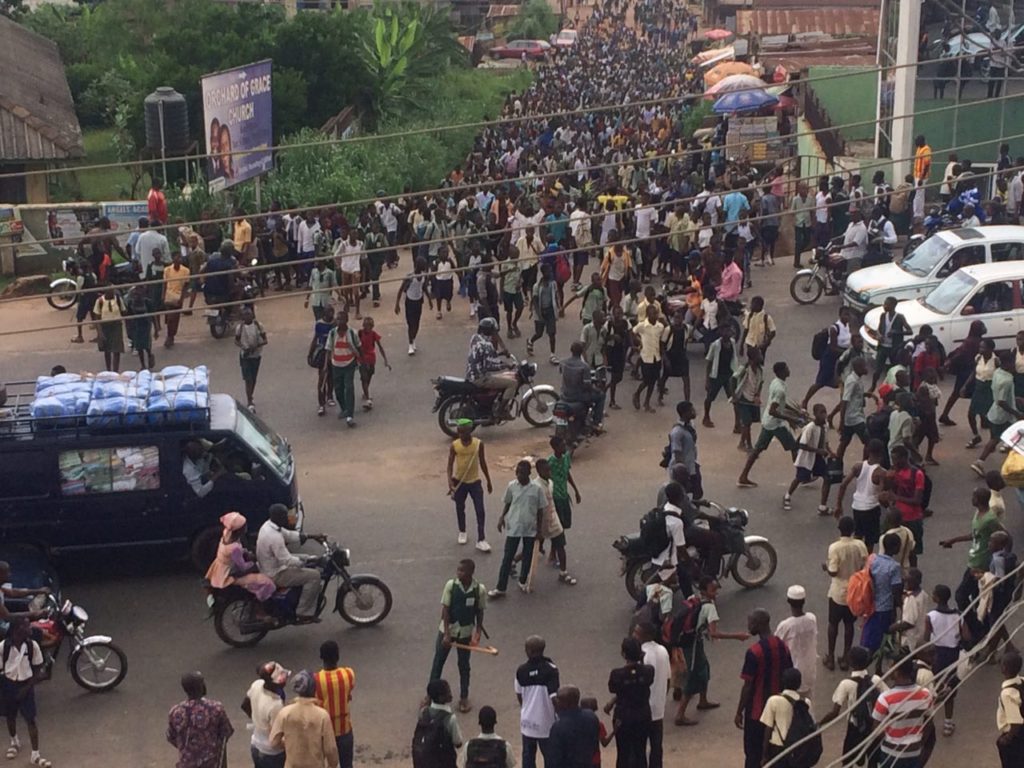 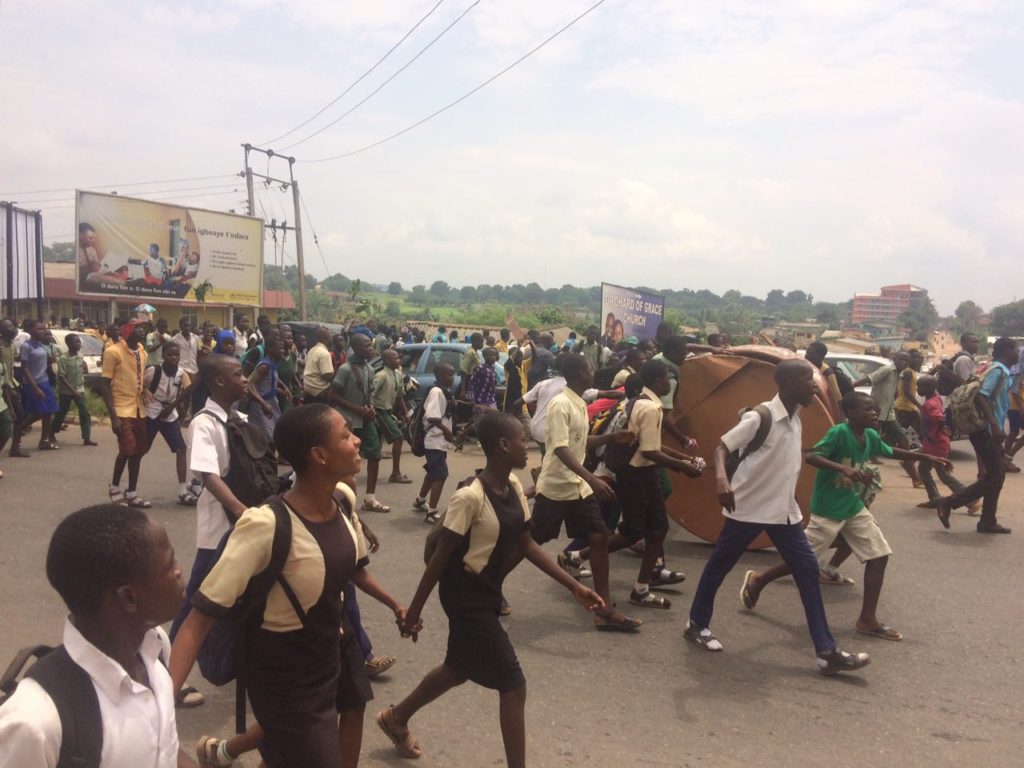 They sang all kinds of songs and called Ajimobi a thief.

One of the pupils said their grieviace was that the state government, despite mandating them to pay a compulsory N1000 per term, was still planning to privatize their school.

Another pupil told Newspeakonline that they were protesting because their teachers have not been paid for months yet the government decided to sell their schools.

Recall that the crisis led to a protest by labour unions last Wednesday, a development which later culminated in the arrest of the union leaders including the State NLC chairman, Comrade Waheed Olojede.

Olojede and six others were charged to a magistrate court last Friday on a seven-count charge bordering on breach of public peace and damage of public property.

They were accused of disrupting a stakeholders’ meeting organized by the Oyo State government to address issues on the proposed privatisation of selected secondary schools in the state.

The accused persons could not meet the bail conditions slammed on them by Chief Magistrate Jamiu Adebisi and were remanded in prison custody till Monday when they hope to regain their freedom.