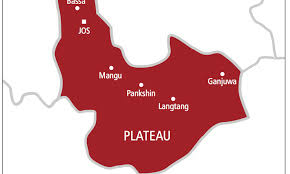 A 29-year-old lady, Lucy Tapnang, has displayed a rare boldness and bravery by attacking a gang of kidnappers, disarming one of them of his AK-47, and setting free three kidnapped victims in Barakin Ladi Local Government Area of Plateau State.

Alabo said the kidnappers intercepted and abducted some travellers at the corner of Fulani, near the Government Science School, Kuru, in Jos South Local Government Area of the state while in transit from Abuja to Mangu.

“Upon receipt of this report, the Command immediately spread dragnets across the state. In a bid to rescue the victims unhurt and apprehend the suspects, the Commissioner of Police, Plateau State Command, Bartholomew N. Onyeka psc (+), ordered all police divisional headquarters under area commands to comb the forest(s) within their areas of responsibility.

“While acting on the order, the Divisional Police Officer, Barkin-Ladi, CSP Yusuf Data, led a team of police operatives to Kassa Forest, where they came into contact with the kidnapped victims through credible information.

“Worthy of note was that one of the victims, a female by the name of Lucy Jeremiah Tapnang, displayed bravery by challenging her captors’ grip knowing that help was on the way. The act of bravery led to their escape from the kidnappers’ den before they were rescued by the police,” the police spokesperson said.

Alabo pointed out that Tapnang, who was rescued with various degrees of injuries, was taken to the police clinic for treatment while the other victims – Ismail Suleiman, a male from Biu, Borno State, and Shuaibu Haruna, a male from Gombe State – responded well to treatment and have since been reunited with their families.

Narrating her ordeal to newsmen, Tapnang said she was in transit with other passengers when they were kidnapped and led into the bush, adding that at a point in time she summoned the courage to attack the kidnappers to aid her escape.

“The car we were travelling in was ordered to stop precisely at the Government Science School, Kuru, by kidnappers at gunpoint. We were ordered to come out and surrender the phones and money in our possession. Out of the seven passengers, four of us were led into the bush while the remaining two were allowed to go.

“When we got to the kidnapper’s hideout inside the thick forest, I told others to summon their courage and let’s attack them, but the rest complained that the three kidnappers guarding us are fully armed with dangerous weapons and that doing so could be suicidal.

“I then vowed that no matter what they were holding, my God would protect me. I told them if I held the one with the gun, they should rush the one holding the knife, and I immediately rushed to grab the man with the AK-47, he shouted and at that point the one with the knife attacked me, wanting to pierce my stomach, but I dodged it, and the knife entered my leg. But I succeeded in throwing the gun out of the hideout.

“I recall when they asked us to call our family members for a N5 million ransom, the travellers warned me that they were holding weapons, but that didn’t scare me,”she said.