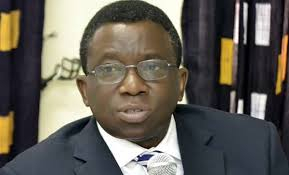 The Assistant Inspector General of Police (AIG) in charge of Zone XI, Mr. Leye Oyebade  on Wednesday said three persons have been arrested  in connection with the abduction of Dayo Adewole, the son of the immediate past Minister of Health, Professor Isaac Adewole  who was kidnapped on Tuesday evening by yet to be identified gunmen in Iroko, a village near Fiditi in Afijio local government area of Oyo State.

He  also said the police were combing the forests with a view to apprehending the abductors.

The AIG gave the names of the three persons arrested as Gbenga Ogunleye, a driver the victim employed few days ago; the farm manager, Mr. Sodiq Adebayo, and one other worker in the farm.

Oyebade  said the kidnappers were four in number and their hooded leader wore a military camouflage. He said the three others did not cover their faces, but only put on black clothes and were armed with guns and other dangerous weapons, adding that the kidnappers spoke a language suspected to be Fulani.

According to the AIG, the victim was  said to have been taken away from his farm in his car and the car was later abandoned about two kilometres from the farm.

He added that the victim was taken into a thick forest where he was probably transferred into another vehicle.

He also disclosed that a combine team of security agencies and local hunters  combed the forest throughout the night on Tuesday with the  hope  of rescuing the victim.

Oyebade said the police would deploy its  arsenal, including STI (Science, Technology and Innovation) in the rescue operation.

He said: “Actually, this incident is very unfortunate because it is coming after we have been able to map out a lot of strategy to address the challenge we are facing by these undesirable elements.

“From our inspection of the scene, interaction and interrogation of the workers, and those that were present at the scene, we can really say that the modus is changing, the tactic is changing, and their way of operating is changing. Since they now know that we have been able to cover the roads, they are now coming to isolated areas, looking for targets that can be approached, having monitored them.

“With what we gathered here, the suspects covered their faces and the story that is being given, we are not ruling out the involvement of those that are very close, in this particular situation. But whatever it is, we are going to unmask those that are behind this, and that is the assurance I am giving to members of the public.

“The Inspector General of Police has given a mandate and on that mandate we stand that kidnapping will become highly unprofitable. With the system we are going to use now, with the application of STI and with the commitment and drive of police officers that have been deployed, we are going to uproot them.”

He enjoined the general public to be security conscious, saying when recruiting staff, employers must go beyond ordinary interviews by ensuring that the potential employees bring collateral, get their photographs and do a  background check of the person being considered for employment  as  a driver, cook, or gatekeeper because many of them have tendencies to give out their principals to kidnappers or armed robbers.