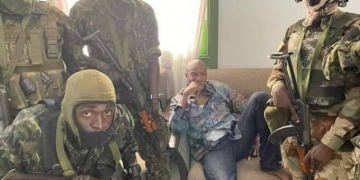 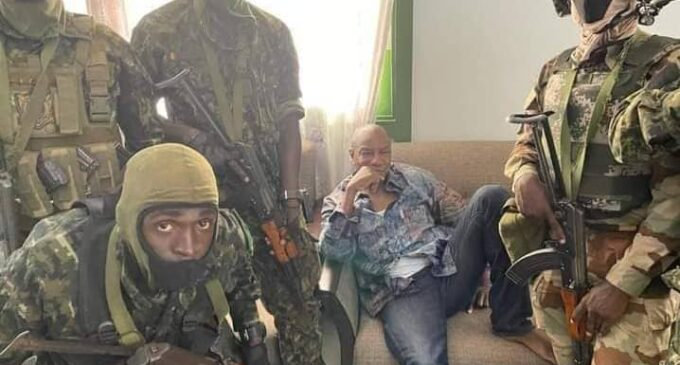 The Guinean Army on Sunday announced on state television that President Alpha Conde’s government has been toppled, hours after heavy gunfire was heard near the presidential palace in Conakry, the country’s capital.

Kwankwaso: Why I won’t go on medical tourism as president

Colonel Mamady Doumbouya, who is the head of Guinea’s special forces, made the annoucement, adding that the president was in custody.

The colonel accused Conde’s government of “trampling on the rights of citizens” and disrespecting “democratic principles.”

He said the action was taken to address financial mismanagement and corruption in Guinea under Conde.

“If you see the condition of our roads, of our hospitals, you realize that it is time for us to wake up.

“We are going to initiate a national consultation to open an inclusive and peaceful transition.

“The personalisation of political life is over. We will no longer entrust politics to one man, we will entrust it to the people,” Doumbouya said.

He added that the land borders had been closed and government dissolved.

In a viral video, Conde was seen being asked by one of the soldiers if he had been brutalised but the president did not respond.

Conde was re-elected for a third term in office amid violent protests in October 2020.

Conde’s government had said in a statement before Doumbouya’s announcement that the presidential guard, backed by the nation’s security forces, had repulsed the attack by the “insurgents” and called for calm.

The detained president won the controversial election after changing the constitution to allow him serve another term in office despite violent protests from the opposition.

Conde’s decision to run for a third term had sparked repeated protests that resulted in the deaths of dozens of people.