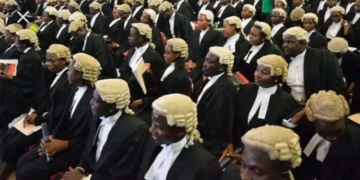 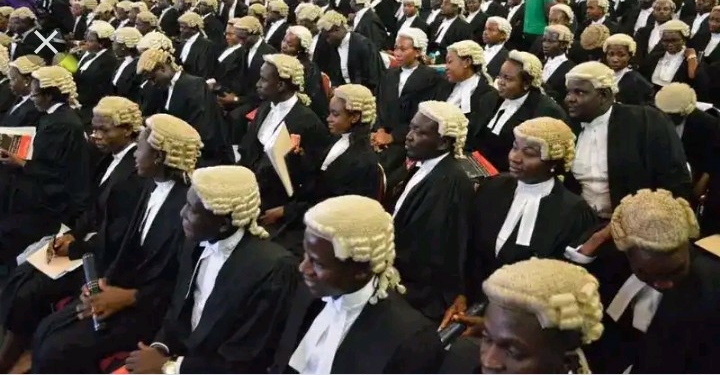 The Nigerian Bar Association (NBA), has explained why it boycotted the call to bar ceremony of 4,711 new lawyers that were admitted into the legal profession, on Tuesday.

In a statement signed by its National President, Mr. Yakubu Maikyau (SAN), the legal body said its decision to shun the ceremony, was based on the refusal of the Chairman of the Body of Benchers (BoB), Chief Wole Olanipekun (SAN), to resign from his position.

Maikyau said he had in a letter asked Olanipekun to step aside as leader of the BoB, following a claim by a leading partner in his chamber, Ms. Adekunbi Ogunde, that he influences judges to deliver favourable judgements for his clients, adding that he also copied the Chief Justice of Nigeria (CJN), Justice Olukayode Ariwoola.

In view of the weighty nature of Ogunde’s claims and the negative impact it has on the overall image and integrity of the legal profession in the country, the NBA president said he asked Olanipekun to allow his Vice Chairman, Justice Mary Odili (Rtd) to preside over the call to bar ceremony scheduled for Tuesday and Wednesday.

“In that letter, I requested the Chairman of the BoB to recuse himself from presiding over the Call to Bar Ceremony scheduled for 6 and 7 December 2022, for reasons clearly articulated therein.

“It would be recalled that my predecessor-in-office had, on 22 July 2022, written to the Chairman of the BoB to recuse himself from office on the same grounds set out in my letter, but the Chairman refused to acknowledge the said letter nor bring it up for consideration more than 5 months since its delivery to the BoB.

“My present letter is to bring to attention the earlier call made by my predecessor and to emphasise the damage being done to the legal profession by reason of our collective silence over such devastating issue, with the expectation that the Chairman will see reason to show remorse and for the BoB to ask the Chairman to recuse himself knowing that no one is bigger than the legal profession.

“At the meeting of the BoB held on 5 December 2022, I drew the attention of the Chairman to my letter and called for deliberations on same since it directly impacts on the propriety of the Chairman presiding over the Call to Bar ceremony, but this was not done nor were the hard copies of the letter distributed to the Benchers.

“The meeting of the BoB was adjourned to January 2023, on a date to be fixed by the Chairman.

“In the circumstances therefore, having regard to my firm persuasion that the matters raised in my letter should have led the BoB to ask the Chairman to recuse himself in the interest of safeguarding the integrity of the Legal Profession, I am in good conscience unable to attend and participate in the Call to Bar Ceremony.

“The NBA under my leadership cannot be part of the ceremony superintended by the current Chairman of the BoB for all the reasons stated in my letter under reference.

“To do so will be to endorse, celebrate or condone a practice that I consider unwholesome and unprofessional, by virtue of the Rules of Professional Conduct for Legal Practitioners 2007.

“The NBA under my leadership remains committed to the protection of the integrity of the Bench and the Bar and will not shirk that responsibility.

“I assure all members of the NBA that the sole motivation for my letter to the BoB is my conviction on the need to salvage the image, reputation, and integrity of the legal profession in Nigeria, which has been negatively impacted by the email by Adekunbi Ogunde, a Partner in the Law Firm of the Chairman of the BoB.

“I congratulate our colleagues – the new wigs, for the great feat they have attained by fulfilling the requirements for joining the noble profession of Law.

“I pray that God Almighty will keep and preserve them as they contribute their quota in building the legal profession and the nation at large.

“The NBA remains committed to the protection of our legal space and shall spare no effort to stop any external incursions or actions amongst members that can destroy our dear profession of law.

“Be assured of our support and preparedness to provide sincere mentorship to you through colleagues who have distinguished themselves in various fields of legal practice and exhibited high regard for ethics and professionalism,” Maikayu added.

However, speaking that the call to bar ceremony on Tuesday, Olanipekun maintained that though the Legal Practitioners Disciplinary Committee (LPDC) is under his chairmanship, he stressed that the committee operates independently and “not controlled in any way or manner by either the Body or its chairman.”

“Howbeit, may I caution that proceedings before the LPDC should not be politicised, sensationaliaed, publicised and advertised in advance or while the proceedings are ongoing by complainants for whatever reason howsoever, as so doing, negates the principle of fair hearing, which all lawyers subscribe to.

“This is apart from the fact that such steps might pre-empt and prejudice the proceedings band decisions of the LPDC,” he said.

Also speaking, the Director General of the Nigerian Law School, Prof. Isa Hayatu Chiroma (SAN) said the 4, 711 new lawyers that were admitted into the bar on Tuesday, met all the required conditions that were set by the Council of Legal Education.

The BoB is a statutory body that is responsible for the formal call to bar of persons seeking to become legal practitioners as well as disciplining of erring lawyers.Members of the body are categorised into Benchers and Life Benchers.