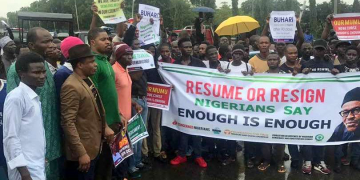 The Police on Friday averted a brawl between the #ResumeOrResign protesters and pro-Muhammadu Buhari protesters at the Unity Fountain, Maitama, Abuja.

According to reports, the anti-Buhari protesters had gathered at the Unity Fountain to observe the fifth day of their sit-out when members of the pro-government group, Centre for Fairness and Justice, CFFJ, stormed the garden and attempted to attack them.

A major clash was averted as policemen stepped in and shielded the Charly Boy-led protesters. 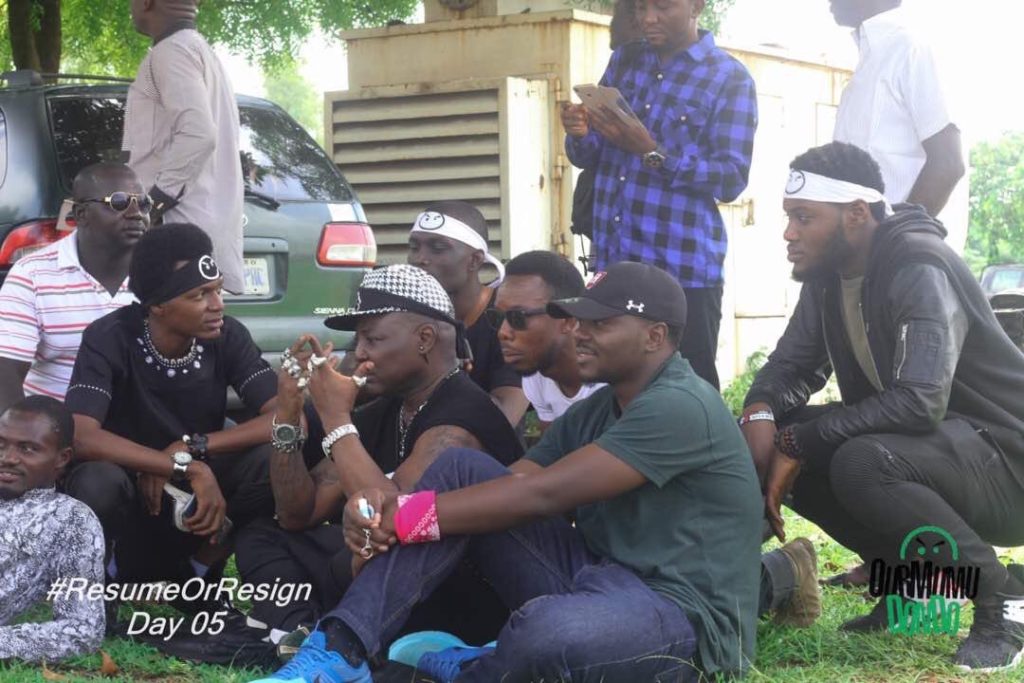 The hostile protesters accused the Charly Boy-led coalition members of clamouring for Buhari’s resignation because they supported corruption.

Unruffled by the averted violence, the anti-Buhari protesters concluded their sit-out shortly after and left the venue while their opponents chanted, “Buhari kills corruption”.

President Buhari had been away in London on a medical vacation for 95 days.

The #ResumeOrReturn protesters say 95 days away on medical treatment is an indication that the President might be incapacitated and unable to carry on with his job as president. They ask him to resign if he can not resume immediately.

But when they first came out on Thursday, leader of the pro-government group, Goodluck Obi, said Buhari has done nothing wrong as he had handed over the country’s affairs to Acting President Yemi Osinbajo. 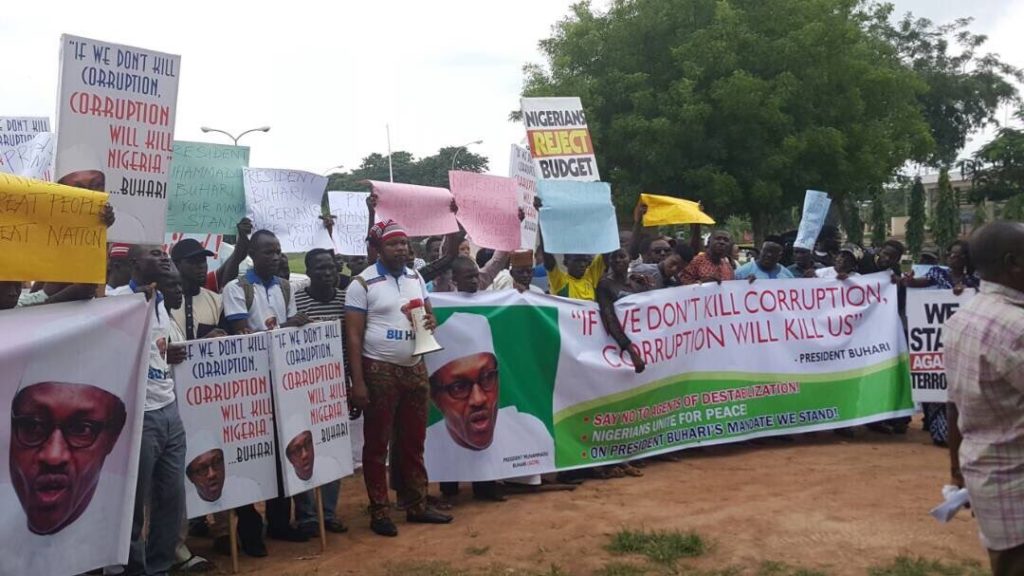 Obi maintained that those calling for the resignation of Buhari were simply against the government’s fight against corruption.

“Buhari has done well and he should be allowed to rest well before returning to the country. His war against corruption is not selective, even a member of his cabinet, I won’t mention names, who was indicted for corruption was charged to court, so it is wrong for anyone to ask the President to resign,” he said.