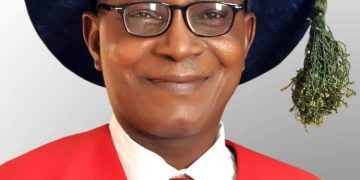 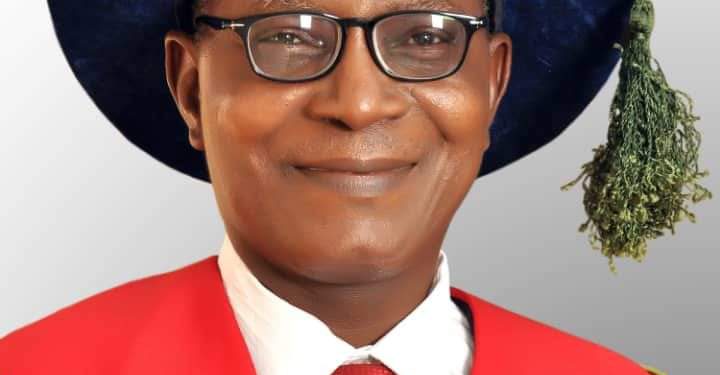 The decision to write on Professor Jacob Gbemiga Adewale didn’t come as an happenstance, but it is in the spirit of saying farewell to a departing Rector of the Oyo State College of Agriculture and Technology, Igboora, whose tenure is ending this week. This great scholar has introduced a lot of strategic innovations into the administration of the institution and as he bows out as the Chief Executive of the institution on 9th July 2019 after eight years of meritorious service to the Oyo State Government and the College in particular, he deserves the outpouring of encomiums and tributes being paid to him by staff and students as various stakeholders organized send-off programme in his honour .It is an undeniable fact that his eight years record of achievements is unprecedented in the annals of the institution.

On assumption of office on the 18th of December 2011, as Acting Provost, he didn’t waste time before he settled down for serious business.What really assisted him was how quickly he set out to unveil and pursue his transformational agenda covering the three institutional core mandate areas of teaching, research and community development services.Without any doubts, he succeeded in transforming his vision into action and the secret of his success was that he adopted the right strategy, set appropriate timelines, identified the needed manpower for deliverables and deployed the right personnel required toward the realization of his short term, medium term and long term goals.

An assessment of his performance both as the Acting Provost,Substantive Provost and as Rector speaks volumes of his personality and skills with which God Almighty has endowed him. Throughout his tenure, he was never derailed from pursuing the college’s vision, mission, strategic objectives, his administration’s action plan and he remained focused in his efforts towards the realization of the goals and demands of the institution’s Academic Brief in both letter and spirit.

Within his first two years in office, he changed the college’s narrative.An institution founded and hitherto running just five National Diploma Programmes, increased the number to about twenty two through his pragmatic approach to academic programs.He was always meticulous when it comes to planning towards successful conduct of resource inspection, accreditation visitation exercise and sought increase in carrying capacity of some of the existing programmes through the National Board for Technical Education(NBTE), the accrediting agency.

For his visionary leadership skills and due to his high problem-solving capacity, after serving as the Acting Provost of the College for three years, the visitor to the institution gave him substantive appointment as the Provost of the institution with effect from 10th July 2014, the tenure which is to end this week. It was during his tenure as the Acting Provost that the College was rated by NBTE as 3rd best in the country.

As he bows out this week as Rector, he has made indelible marks and recorded landmark achievements.Through the efforts of Prof.Adewale, the College migrated from Monotechnic to Polytechnic with over thirty National Diploma and Higher National Diploma Programmes comparing to the situation when he was appointed that the College ran only five ND Programmes.

With the recent change in the institution’s nomenclature and with its new status as full pledged polytechnic, the College through his efforts has been enlisted by TETfund as one of the beneficiary institutions.In his own words, the credit for the success made so far should be attributed to God Almighty rather than any man. Truly, luck is on his side having served as Provost and later as Rector in the same institution.

Another giant stride of his administration was that the College enjoyed collaboration with over fifteen organizations within and outside the shores of the country apart from buildings donated by two fellows of the institution during his tenure.

Indeed, the departing Rector also made another history being the first Chief Executive of the College to have organized convocation for (2008-2015)graduating sets and 10th Foundation Day Ceremony on the same day. Also, he will forever be remembered for increasing the staff strength, encouraging staff training and development and ensuring necessary improvement on staff and students welfare. Apart from his efforts toward maintaining a kind of balance in student-staff ratio, he also encouraged research and development initiatives.

While putting in place control measures towards effective utilization of the available financial resources of the institution, he was unequivocal in his commitment towards boosting the internally generated revenue accruable to the institution with the establishment of the OYSCATECH Global Consult and OYSCATECH Ventures respectfully.

It was with great enthusiasm and ingenuity that the outgoing Rector through value re-orientation, policy directives and good implementation strategies made every staff to share his vision and imbibe what I refer to as ideal organizational culture. He has also enthroned an enduring culture of quality assurance and best practices using committee system, through the operation of faculty system and with the enactment of relevant legal instruments such as Conditions of Service for Senior and Junior Staff, Criteria for Promotion, Staff Training and Development Policy as parts of legacies of his administration.With these policy documents, the staff are better guided on teaching, research, curriculum and staff welfare and development matters towards enhancing the operational performance of the college after his exit.

As we are all aware, it is not possible for any Chief Executive or Head of institution not to experience conflict or witness crisis throughout its tenure; in my own view, Prof. Adewale being a good crisis manager did well in managing students’ crises and staff unions’ palavers whenever there were contentious issues for resolution in the course of his administration.

With my personal assessment of his leadership style and crisis management techniques, harmonious relationship between him and the labour unions in the College was made possible by his deep knowledge and thorough mastery of acts of diplomacy, effective use of bargaining power, tactical negotiation skills and soundness of social relations.

Three months to the expiration of his tenure as the College Rector and coincidentally on the occasion of his 57th birthday, the renown scholar delivered the 28th inaugural lecture as a Professor of Rural Sociology at Ladoke Akintola University of Technology, Ogbomoso. Listening to his inaugural lecture on the topic -“Agricultural Development Programmes in Nigeria;Problems,Feasible Impacts and Opportunities. A Rural Sociological Perspective”-I can see a connection between his research work of over two decades and his international exposure as consultant and external examiner to several institutions within and outside the country.

Given the way he has effectively delivered his inaugural lecture, he has not only proved his mettle as a scholar, he has also expanded the frontier of knowledge.For some of us who have at one time or the other benefitted immensely from his repository of knowledge ,wealth of administrative experience and acumen, he deserves something greater than the eulogies.

Again, I feel probably because he is an extension expert, he ensured mutually beneficial, effective and well coordinated town-gown relationship with the College host communities of Ibarapaland throughout his entire eight years tenure.

Truly, members of the College public will miss this philosopher king as his tenure gloriously ends with narratives dotted by innovations, achievements, commendations and eulogies.

As Prof. Adewale will be returning to classroom at Ladoke Akintola University of Technology, Ogbomoso, after the expiration of his tenure this week as the College Rector, I wish him success in all his future endeavors.