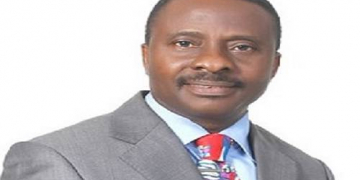 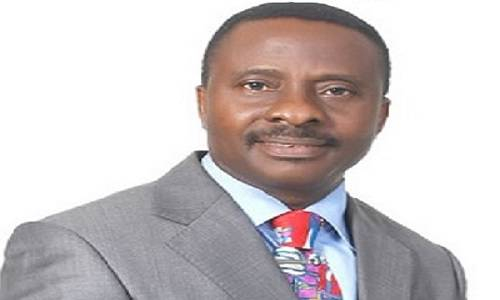 President of the Nigerian Baptist Convention (NBC), Reverend (Dr) Samson ‘Supo on Tuesday, emerged as the new national president of the Christian Association of Nigeria (CAN).

In the election, Rev. Supo Ayokunle defeated Elder Joseph Otubu in the just concluded Christian Association of Nigeria (CAN) election.

Outgoing president of CAN, Pastor Ayo Oritsejafor, announced the result around 2:30pm at the National Ecumenical Centre, Abuja.

The election, according to NTA, was concluded and the result announced just around 2:30pm in the Christian Ecumenical Centre, Abuja where the President of the Nigerian Baptist Convention (NBC), Rev. Supo Ayokunle lead the Motailatu Church Cherubim and Seraphim Movement (MCCSW), Elder Joseph Otubu by 54 votes to 28 votes.

With the result of the election, Otubu automatically becomes the vice president.

Rev. Ayokunle had his B.Sc.(Sociology) from the University of Ibadan. He later proceeded to the Baptist Theological Seminary, Ogbomoso for his M.Div. Rev. Ayokunle had another Masters Degree in Counseling Psychology from the University of Ibadan before proceeded to the Liverpool Hope University for his Ph.D in Theological Study. Rev.Dr. Ayokunle who is the Chief Executive and President of the Nigerian Baptist Convention was the immediate past Undersherperd of Jubilee Life Baptist Church, Ibadan.

As part of his 7-point proposal to lead the body, Ayokunle stated that he intended to “facilitate an atmosphere where the member churches of CAN can have a more effective fellowship and dialogue on Christian faith, its defence in Nigeria and all over the world.

“I intend to facilitate a fellowship where love flows and peace prevails in all the member churches. To this end, all would be done to see that CAN is a united body and all wrangling within the body would be addressed for unity of purpose. This would be priority number one. Without unity in CAN, there cannot be progress.”

He also proposed to “lead CAN to be a more effective Christian body, which is an advocate of freedom of religion in terms of the right of each individual to associate and worship without any coercion, fear of molestation and persecution from any quarter. This, we would accomplish by ensuring that all Christians in this nation speak with one voice always on crucial national matters such as freedom of religious belief and association. We would also ensure that we resist any attempt by the government or her agencies to favour one religion more than the other or turn this nation into a mono-religious State.”