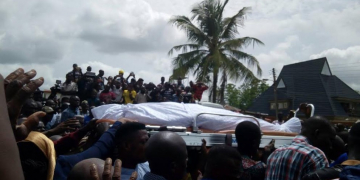 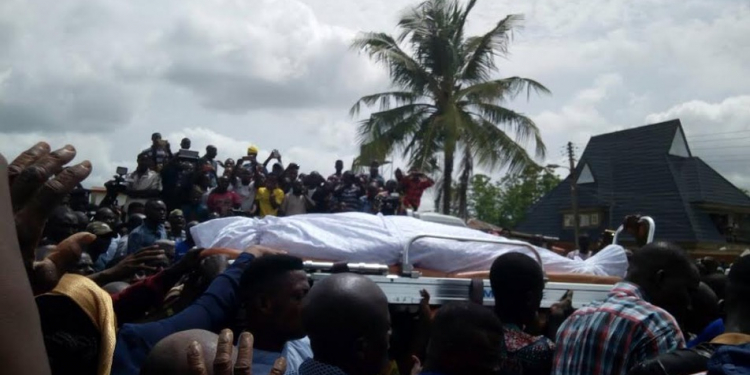 Late Senator Isiaka Adetunji Adeleke has been buried according to Islamic rites. A mixture of tears and tension surrounded his burial on Monday morning.

Adeleke’s life, death, a lesson on patriotism for all politicians – Omisore

There had been protests at his home town yesterday after his burial was postponed following his brother’s demand for an autopsy a id controversies surrounding the for er governor’s death.

Adeleke, who was the first civilian governor of Osun State died in the early hours of Sunday after suffering a heart attack.

Punch reports that angry supporters of the late senator collapsed a canopy on Governors Ibikunle Amosun, Rotimi Akeredolu, and ex-governor Olagunsoye Oyinlola to chase out Idiat Babalola, who is a commissioner nominee of Governor Rauf Aregbesola. 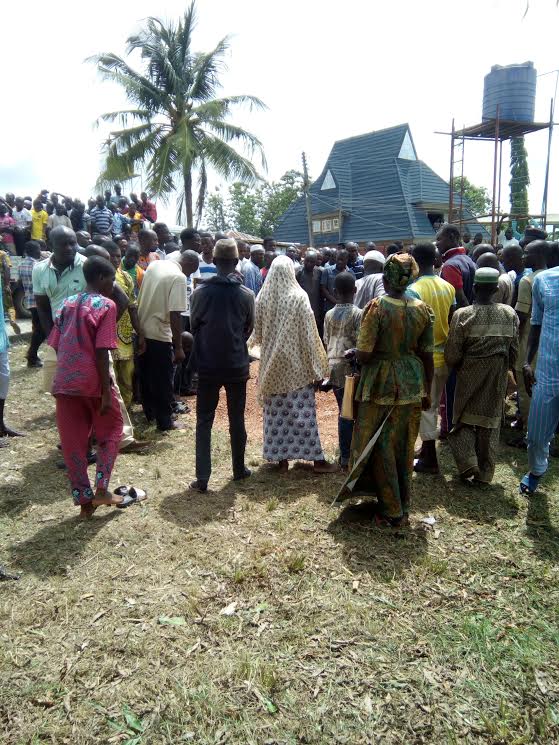 Babalola who was seated among the dignitaries including the younger brother of the deceased, Deji Adeleke, was chased out by the youths who alleged that the former governor was poisoned by some APC leaders.

According to the newspaper, the irate youths said Babalola was being touted to become the running mate of the anointed candidate of the APC.

The report read: “Problem started when Babalola was sighted by the mourners who demanded that she should be sent out.

“Despite pleas from family members of the deceased , the youths insisted and started shouting and raining curses on her.

“The youths started shaking the canopy where Governors Ibikunle Amosun, Rotimi Akeredolu, Prince Olagunsoye Oyinlola and Deji Adeleke were seated to chase out Babalola who they described as a betrayer.

“Babalola was escorted outside the house by Amosun and his security aides as the youths threw sticks and mangoe fruits at her”.