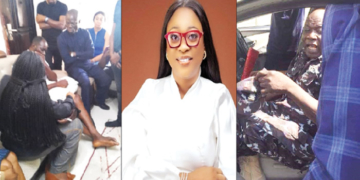 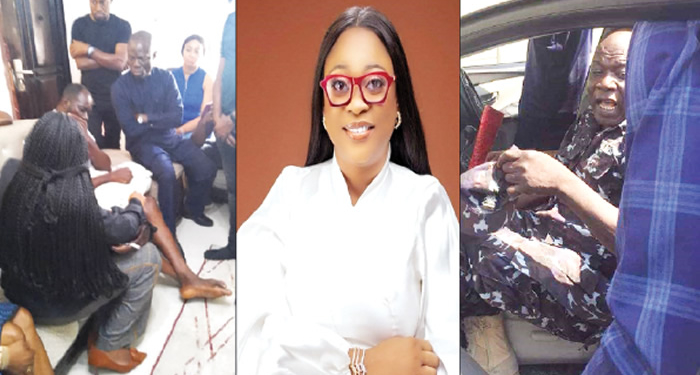 The Lagos State Police Command has said two police officers arrested alongside ASP Dambri Vandi, the officer who shot dead a lawyer, Mrs Omobolanle Raheem, on Christmas Day would be released on Tuesday as they were not involved in the crime.

The command’s spokesperson, SP Benjamin Hundeyin, disclosed this to the News Agency of Nigeria (NAN) on Tuesday, while giving an update on the killing.

Vandi and two other officers attached to Ajiwe Police Station in Ajah area were arrested on Sunday for allegedly killing Raheem same day.

Hundeyin said they were immediately taken into protective custody and were later transferred to the State Criminal Investigation Department (SCID) for thorough investigation.

He added that the two police officers arrested with the ASP were detained for interrogation and testimonies.

“The two policemen arrested with the ASP who killed the lawyer will be released today (Tuesday) after giving their testimonies to the command.

“They were arrested because they saw what happened. They were not the ones who allegedly killed the woman.

“They have given their stories on what happened and the CP has ordered that they should be released while investigations continue,” he said.

On the update about similar killing of one Gafaru Buraimoh on December 7, by a police officer from the same Ajiwe Police Station, Hundeyin revealed that the officer was still in detention and yet to be charged to court.

Hundeyin said the police officer was yet to be arraigned because his dismissal order had not been released.

“There are indeed consequences. The officer is still in detention at the SCID. His investigation is being wrapped up.

“Once his dismissal order comes out, he will be charged to court immediately,” he said.

The police spokesperson noted that there was nothing wrong with the spot or area where the killings took place, adding that the officers who killed would be held responsible for their actions.

He explained that when the first incident occurred on December 7, the Commissioner of Police, Abiodun Alabi, changed the DPO of the station.

“This has become one too many, especially bearing in mind that a similar incident occurred at the same location less than three weeks ago.

“The condemnable incident is against the standard operating procedure and rules of engagement of the Force, and to say the least is embarrassing.

“Beyond this incident, the Nigeria Police Force will carry out a reappraisal of its rules of engagement, to put an end to such avoidable ugly incidents,” Hundeyin added.

He appealed to Lagos residents to remain calm, adding that the command was already in touch with the Nigerian Bar Association and other relevant stakeholders to ensure that justice prevails.