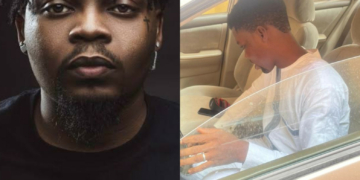 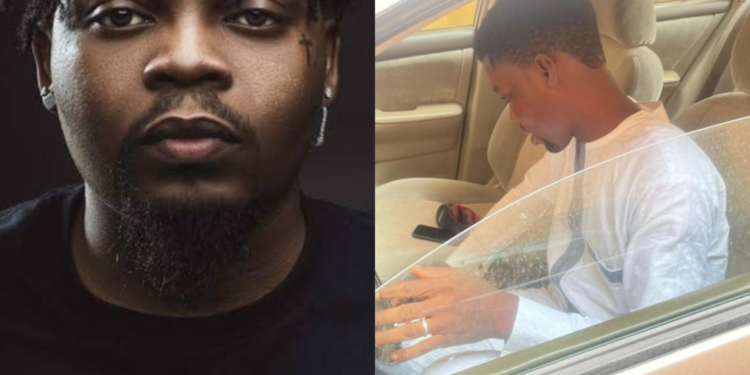 Nigerian rapper and YBNL boss, Olamide Adedeji, aka Baddo, has bought a car for a Bolt driver, Odunuga Oluwaseun, months after he trolled him on Twitter.

In January 2022, Odunuga tweeted at Olamide to beg him for a car to start Bolt business.

Olamide slammed the Twitter user and asked if he gave him any money to keep for him.

Months later, Odunuga returned to Twitter to reveal that Olamide reached out to him privately and gave him a car.

Narrating how he got the car to Legit.ng, Odunuga said that he never knew Olamide was looking for him because he lost his phone after the bitter Twitter episode.

He said when he retrieved his phone, he saw that Olamide had been trying to contact him.

“I did not know he has someone to check me out, and he was using his Instagram account. The news was everywhere. I was robbed, my phone was not going through.

“But when I got my phone back, I saw Olamide’s screenshot of the Instagram account that he sent. So I called him up. Happens to be Asake’s manager (Steven). Wow, then I knew it was real. We hook up at VI. I was fully entertained.

“I was happy. He said Baddo needs to know if I’m real or just fake and he wants to know more about me.

“So we talked gan. Even did video calls with Olamide, it was fun. Then I left, but I enjoyed myself. Since then, he has been in touch, bless me and also check how am doing.

“Then I was called for the pick up. I never knew it was a car. I was thinking na just normal hang out. To the venue, nobody was there, just the person to give me the key. I was treated as family. Love and cared for.

“And I appreciate Olamide so much for his kindness,” Odunuga said.