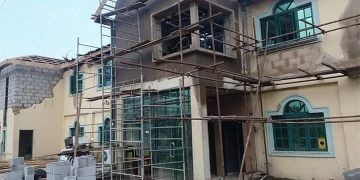 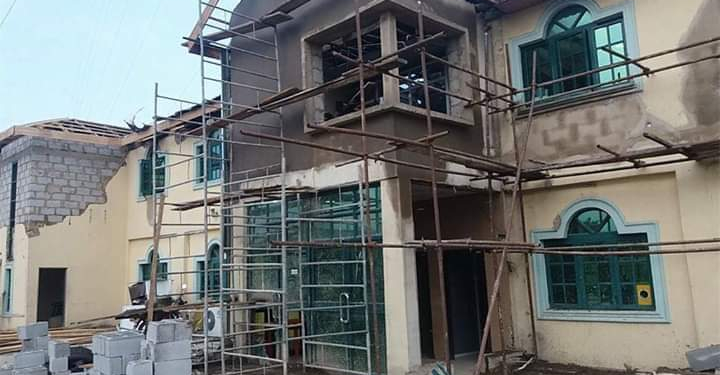 The Oyo State Government has explained its role in the ongoing reconstruction of the Music House, owned by the Gospel Musician, Mr. Yinka Ayefele, which was partially demolished in August, this year.

After denying for one month, Ayefele finally confirms birth of triplets in US

In a statement issued on Sunday by the Special Adviser to the Governor on Communication and Strategy, Mr Bolaji Tunji, the government said its intervention was informed by the acknowledgment of contravention of the state building code by the management of the Music House and the personal appeal by Ayefele to the Governor, Senator Abiola Ajimobi.

Tunji also explained that the appeal by various stakeholders to the state government, as well as the preparedness of the owner of the building to rectify the contraventions, which would involve the reduction of the frontage fence line by 1.5m, among others, informed the intervention by the governor.

He added that the parking lots at the tail end of the building close to the entrance of Lagelu Estate had also been reduced by 10.9m to allow visibility.

In line with the recommendation of the joint committee of the state government and the Music House management, he said that an entrance was being reconstructed from the rear of the building to the staircase housing the ram for the exclusive use of Ayefele.

He added, “There is also the recession of the current façade on the frontage of the building by 2.9m. The new fence will be grill fence to ensure visibility, while a staircase will be built at the basement to access the studio.

“The structural elements in the building will also be strengthened, while the two projections at both ends (stair halls) of the current frontage will be retained.”

Tunji said that the clarification by the government, as well as newspaper reports credited to Ayefele on Sunday where he thanked Ajimobi and stated that the governor had “through this magnanimity helped us to right our wrong and we shall be eternally grateful to him” should lay the matter to rest.

He advised those seeking to rubbish the political capital built by the governor in the past seven years through purposeful governance and unprecedented achievements to look elsewhere.

Meanwhile, Ayefele has thanked Ajimobi for the reconstruction.

“It is not common to find government doing that, anything near that is to allow you to rebuild it yourself but here the Governor promised and he has fulfilled his promise”, said Ayefele in the release.

”Let me use this opportunity to register my heart-felt gratitude and sincere appreciation to my Governor, Senator Isiaka Abiola Ajimobi for his prompt positive response to our plight. It is not our right but the Governor only showed us mercy by offering to help us to rebuild the Music House. He, has, through this magnanimity help us to right our wrong and we’ll be eternally grateful to him.

“I was surprised to see some Engineers reportedly from the Governor’s office some weeks ago on the instruction of the state government to start work on the Music House. I had thought it would be the usual promise but our dear Governor proved us wrong and with this development he has demonstrated the qualities only found in true and exceptional leaders”, the statement added.