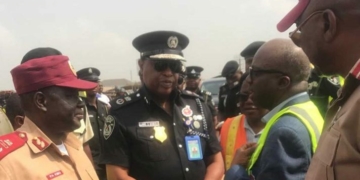 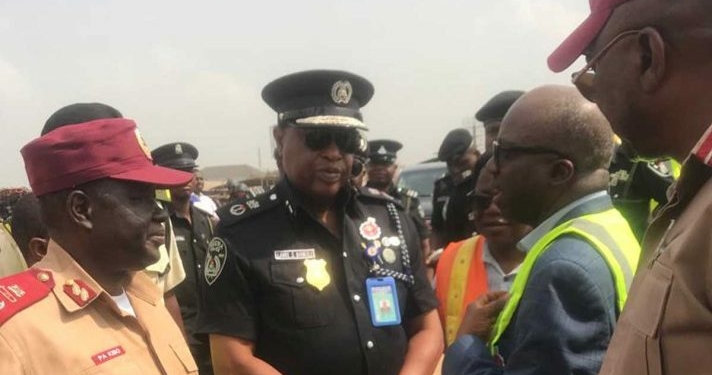 After months of excruciating traffic pains, commuters plying Lagos-Ibadan expressway, on Monday, heaved a sigh of temporary relief, following the removal of barriers on the road.

Since the commencement of reconstruction works on Section One of the expressway about four months ago, the attendant gridlock has continued to defy measures put in place by concerned authorities.

Aside from the persisting gridlock and accidents, many commuters have either fallen victims to kidnappers or lost their belongings to robbers, while those who risked taking the adjourning earth road had bitter tales to tell.

However, all these will change for the time being, following the removal of the barriers, three days earlier than the scheduled December 15 date.

According to him, there was an  earlier announcement that all barriers at construction sites would be removed by December 15, to allow for free movement during the yuletide season on Lagos-Ibadan expressway.

“But  we are doing it now, having already attained a level to which we can allow those barriers to be  removed.

“So, rather than wait till Thursday, December 15, just as we did at the other section from the old toll gate up to Otedola bridge, which we opened for traffic last week, we’ve also completed this project up to a level where we can allow movement.

“You’ll also observe that the construction work has not been completed because it’s still work in progress rather than us opening up new sections of the road that cannot be completed before Thursday, We don’t want to allow traffic on the road, so that our people can travel during this Christmas period till January. After the new year holidays we shall resume our work.

“So, as we move, we expect drivers to still drive according to the rules, the stipulated maximum speed which is 100km per hour and of course as you can see with me here is Ogun State Commissioner of Police and then you have the Zonal Commanding Officer for FRSC in charge of the zone.

“We don’t expect any problem, but of course they’re here to ensure that people drive into Lagos and out of Lagos without any harm.

“We’re also thanking our people for their understanding these past few months and we still want to encourage them to continue to support us, as we come out in the new year to resume work; so as we finish this project, there’ll be no issues. We also want to wish all Nigerians a merry Christmas and a prosperous 2023 in advance,” he said.

Kuti also stressed that they are not opening Section One alone, adding that all barriers on the Section Two near Ibadan would also be removed on Thursday, December 15, to ensure free flow of traffic.