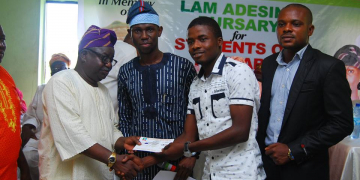 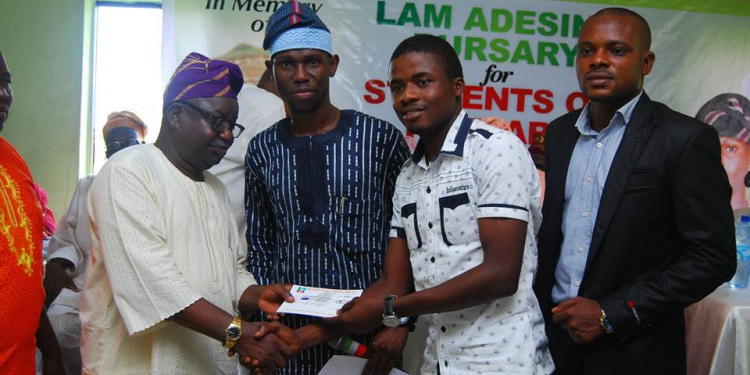 If two states couldn’t manage LAUTECH together, I doubt survival of Yoruba as a nation- Lam Adesina’s son

Lam Adesina: A man of LAM-inated virtues at 79

The late Alhaji Adesina, who passed away in November 2012, was the 4th Executive Governor of Oyo State between 1999 – 2003. He was a renowned educationist and a former school principal.

More than 100 students of Ibadan origin were issued with cheques on Friday to support their education in various tertiary institutions in the country.

Speaking at the event, just before the presentation of the cheques, the young Adesina stated that the launching of the bursary scheme was in fulfillment of the promises he made while campaigning for election. 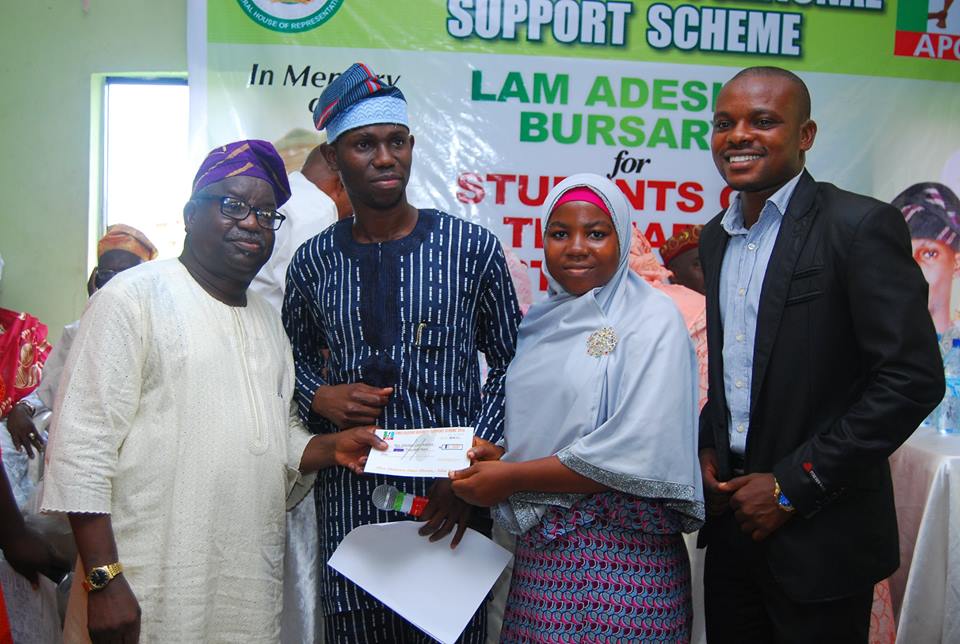 Charging the beneficiaries of the bursary to utilize the funds judiciously, Hon. Adesina stated that he hoped the monies would help offset one or two things on the students’ list of needs.

The Lam Adesina Bursary Scheme, as was christened, is an offshoot of Hon. Dapo’s Omo Oloore Education Support Scheme. The bursary scheme is in conjunction with the Federation of Ibadan Students Union (FIBSU), an organisation of which the late Lam Adesina was the pioneer president. 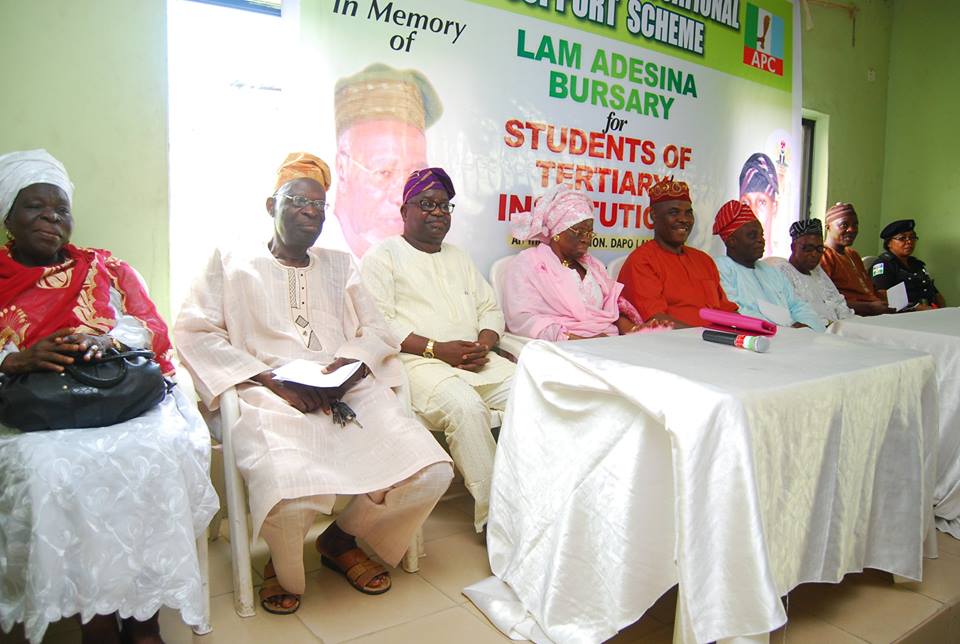