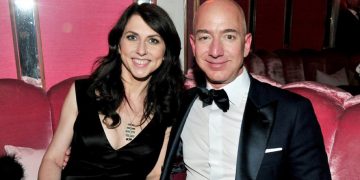 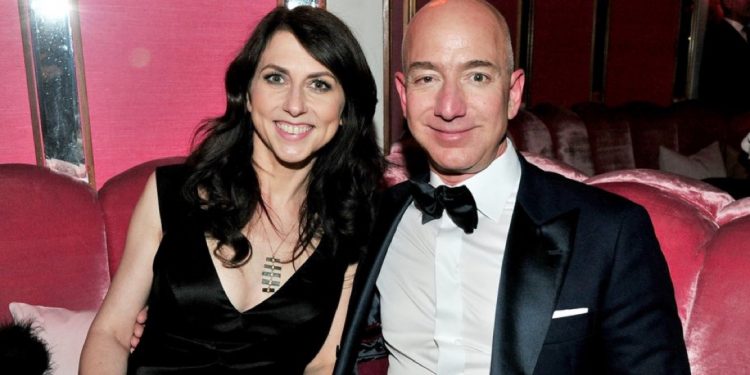 The decision of Amazon CEO, Jeff Bezos, to get a divorce from MacKenzie, his wife of 25 years, will cost him half of the $137 billion fortune that made him the richest man on earth.

I made a lot of silly mistakes but never slept with your best friend, ex-husband replies Kaffy

TMZ, gathering from insiders, reports that the couple did not have a prenuptial agreement so, “by all rights, they will split their incredible fortune right down the middle”.

The report said Jeff, 54, and MacKenzie, 48, will file divorce documents in Washington, where all earnings and income during the marriage are split 50/50 in the case of a divorce

According to Forbes, if the Washington state common law applies for their divorce without prenuptial agreement, Mackenzie would become the 5th richest person in the world with a net worth of $67 billion.

The couple got married in 1993, six months after meeting. They left New York for Seatle, Washington, in 1994 to start Amazon.com, an online bookseller that grew into the world’s largest internet retailer.

Jeff knocked Bill Gates to second place on the ‘world rich list’ on July 27, 2017, when his estimated net worth leaped a little above $90 billion. His wealth surpassed $100 billion for the first time on November 24, 2017, and on March 6, 2018, Forbes officially declared him the wealthiest person in the world with a net worth of $112 billion.

His net worth increased to $150 billion in July 2018 and Forbes named him the “richest man in modern history” as he emerged the first centi-billionaire on the Forbes wealth index.

Jeff and MakZenzie jointly announced on Thursday that they were filing for divorce.

Their statement read: “We want to make people aware of a development in our lives.

“As our family and close friends know, after a long period of loving exploration and trial separation, we have decided to divorce and continue our shared lives as friends.

“We feel incredibly lucky to have found each other and deeply grateful for every one of the years we have been married to each other. If we had known we would separate after 25 years, we would do it all again.”

The statement added: “We’ve had such a great life together as a married couple, and we also see wonderful futures ahead, as parents, friends, partners in ventures and projects, and as individuals pursuing ventures and adventures.

“Though the labels might be different, we remain a family, and we remain cherished friends.”

Few hours after the announcement, it emerged that Jeff Bezos is in a relationship with a former TV anchor, Lauren Sanchez.

Sanchez, though separated, is still married to Hollywood talent mogul, Patrick Whitesell. Reports said Lauren and Jeff started dating in 2018 after they separated from their respective spouses.

Lauren and Patrick are also in the middle of divorcing.

Jeff and MacKenzie have three sons and a daughter adopted from China.