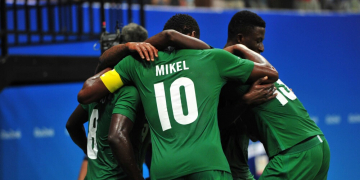 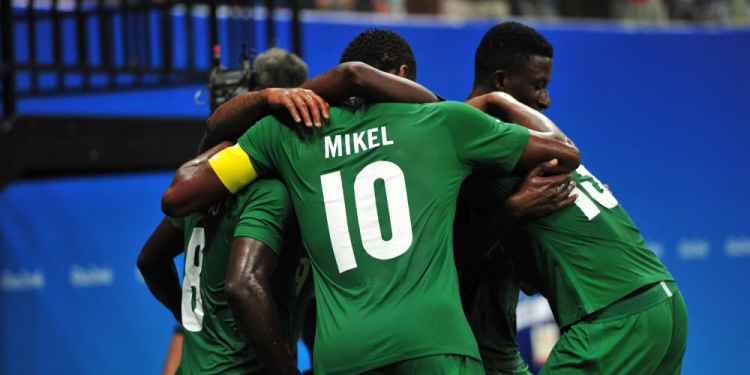 Nigeria’s football team to the Rio 2016 Olympics overcame their Japanese counterparts in a thrilling encounter that ended 5-4.

The Nigerian team who arrived barely six hours before the game overcame jetlag to emerge victorious.

Oghenekaro Etebo was the star of the match, scoring four goals.

Nigeria took the lead in the seventh minute through Sadiq Umar after the Japanese goalkeeper was unable to save a shot from Imoh Ezekiel. Two minutes later, the Japanese were handed a penalty scored by Shinzo Koroki.

Nigeria’s lead was restored in the eleventh minute by Etebo. The lead lasted just two minutes as Takumi Minamino equalised for Japan.

Three minutes before half time, Etebo scored his brace ensuring that the Dream Teamwent into the tunnel ahead.

On resumption of hostilities, Etebo scored his hat-trick in the 51st minute before going ahead to score his fourth in the 66th minute, with Nigeria leading 5-2.

Japan scored their third through Takuma Asano in the 70th minute and Musashi Suzuki scored a late goal in the 90th minute.

In the other game in the group, Sweden and Colombia shared the points in a 2-2 draw. Nigeria tops Group B with 3 points, followed by Colombia and Sweden with one point apiece, and Japan with zero points.

Nigeria’s next game is against Sweden on Sunday by 11pm Nigerian time.