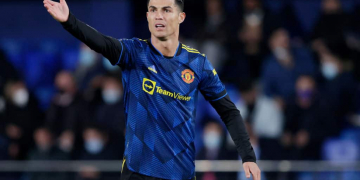 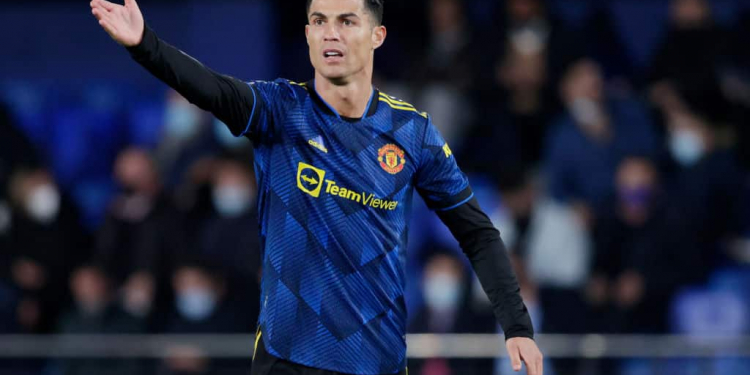 Cristiano Ronaldo’s brilliant goal helped Manchester United to a 2-0 victory over Villarreal on Tuesday and sealed their place in the UEFA champions league last 16.

The Portugall captain’s. splendid lob was then crowned by Jadon Sancho’s first United goal at the Ceramica, where caretaker manager, Michael Carrick, dropped Bruno Fernandes to the bench.

Fernandes was on the pitch for both of United’s goals after being introduced in the 66th minutes, but it was Ronaldo who proved the difference again, his instinctive shot in the 78th unlocked the game that looked destined to remain goalless.

After a stormy few days that saw Olw-Gunnar Solskjaer sacked following Saturday’s humiliating 4-1 defeat by Watford, United were able to calm the storm with a win that leaves them three points clear at the top of the group.

With second placed Villarreal up against Atalanta in the final group game, United, who finish at home to Young Boys, are now guaranteed to go through, and most likely in first place.

Carrick was only been placed in temporary charge, after the club revealed their plan on Sunday to install an interim coach before then making a permanent appointment next summer.

Numerous candidates have been linked, with former Barcelona coach, Ernesto Valverde, the latest name to be put in the mix.