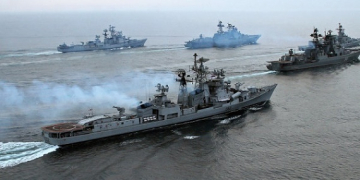 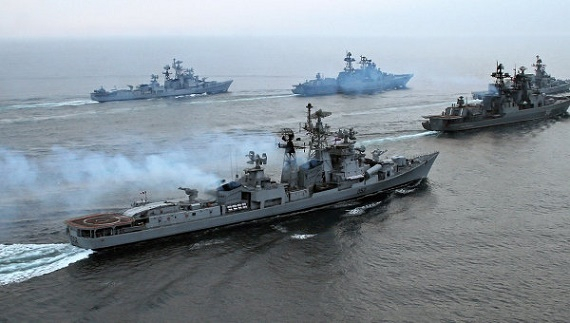 Russian news agency Tass reported Friday that the Admiral Grigorovich was heading to the Mediterranean on what it described as a “routine voyage.”

Fox News, citing an unnamed U.S. defense official, reported Friday afternoon that the Russian ship had cross the Bosphorus Strait “a few hours ago” from the Black Sea and was heading toward the direction of the U.S. warships.

In a background briefing to reporters, a senior U.S. military official did not specifically address the warship, but said in general that “there was no indication the Russians were changing their behavior toward the U.S. in response to the attack.”

A spokesperson for U.S. European Command, under whose purview the Mediterranean falls, did not respond to a request for comment.

Tass, citing a “military-diplomatic source,” said the Admiral Grigorovich would visit a Syrian logistics base.

“The Russian ship armed with cruise missiles Kalibr will visit the logistics base in Tartus, Syria,” Tass quoted the source as saying.

On Thursday night, the USS Porter and the USS Ross launched 59 Tomahawk cruise missiles from the eastern Mediterranean at a Syrian airfield. The bombing was in retaliation to a chemical attack that U.S. officials say was carried out by the Syrian administration of President Bashar Assad that killed more than 70 civilians, according to The New York Times.

Russia, a Syrian ally in its ongoing civil war, responded by condemning the bombing as an “act of aggression.”

The Foreign Ministry also announced Russia’s intent to suspend a communications line set up in order to avoid midair incidents between Russian and U.S. aircraft in Syria.