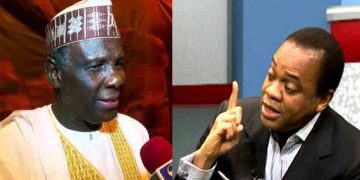 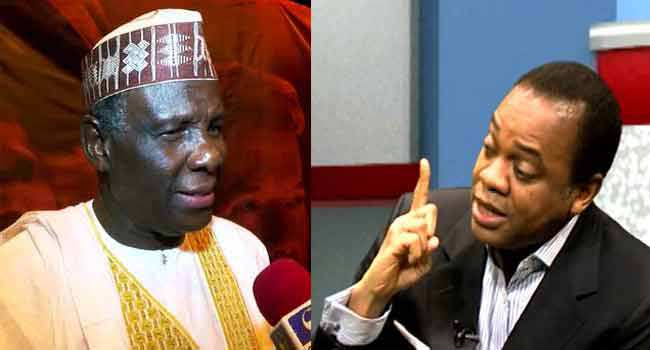 By Patrick Akpu and Akinwande Soji-Ojo

No serious party will turn down Tinubu- SDP spokesperson

The crisis rocking the Social Democratic Party (SDP) took a new dimension on Monday, as a faction of the party loyal to Professor Jerry Gana announced that the Acting National Chairman, Professor Tunde Adeniran and Alhaji Shehu Gabam, the National Secretary and Vice Presidential Candidate, have been suspended.

It also approved the appointment of Chief Supo Shonibare, the former National Vice Chairman (South-west) of the party as the Acting National chairman of the party.

The faction also adopted the Peoples Democratic Party(PDP) presidential candidate, Alhaji Atiku Abubakar, as its candidate in the February 16, election.

These actions come days after another faction of the party announced that the SDP was adopting President Muhammadu Buhari of the All Progressives Congress (APC) as its candidate.

The party’s then National Chairman, Chief Olu Falae, at the weekend also confirmed that he was quitting active politics and by implication, the position of National Chairman. Adeniran was said to have taken over from Falae in acting capacity.

Newspeakonline recalls that the Court of Appeal in Abuja, on January 24, declared Donald Duke as the authentic presidential candidate of the SDP following a protracted legal battle with Jerry Gana who was also laying claim to the party’s ticket.

While announcing the decision to adopt Buhari, the party leaders said time was too short for the party to do any meaningful presidential campaign as the Appeal Court judgement came too close to the election in question.

It explained: “With less than 10 days before the presidential election, our great party is caught up in a web with very little room for manoeuver. The options before us at this critical juncture are limited: we either realign our forces or we lose out completely. It is in view of all these that the NWC of the SDP has resolved to adopt President Buhari and Vice President Yemi Osibanjo of the APC as candidates of the party for the 2019 presidential election.”

But according to a communique released by the newly appointed National Secretary of the Jerry Gana faction, Adakole Ijogi, the party said it is adopting Atiku because of his willingness to embark on the restructuring of the country.

The communique read in part: “This directive is premised on the Alhaji Atiku Abubakar acceptance of the template for fiscal and political restructuring to devolve to the states all functions of government that are not the exclusive prerogative of obligations under international treaties or common services of states , and on assurance that Atiku will be able to effectively address the economic security and political challenges facing the polity.”

The communique directed all loyal members of the party nationwide to cast their votes for Atiku at the presidential poll on Saturday and vote for the candidates of the party in other elections based on the conviction that he was the only candidate capable of moving the nation forward.

The stakeholders meeting was attended by Prof. Gana, state party chairmen and some prominent members of the SDP.