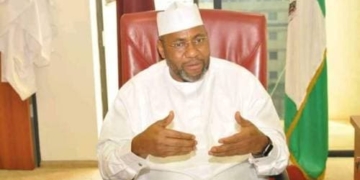 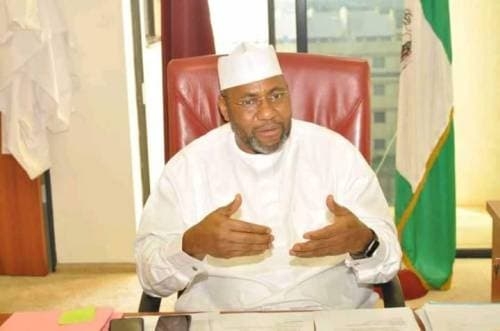 Kaita announced his defection from the ruling All Progressives Congress (APC) in a statement issues by his media aide, Abdulkadir Lawal, on Wednesday.

Kaita was elected to the 8th Senate in 2018 to fill the vacuum in the district following the demise of Senator Mustapha Bukar.

In 2019, he was re-elected again to the 9th Senate after defeating his opponent, Hon. Usman Mani of the PDP. He currently chairs the Senate Committee on Tertiary Institutions and TETFUND.

The lawmaker said his decision to dump the ruling APC was due to the marginalisation of critical stakeholders by the state government and the leadership of the party at the state level.

He said the state under Governor Aminu Masari-led administration is witnessing gradual decline to undemocratic principles, with total absence of a level playing field for grassroots politicians and genuine party foot-soldiers.

The senator said as an advocate of transparency and continuous entrenchment of popular will, he could not afford to continue sharing the tent of undemocratic merchandise clearly being executed against his people by the state government and party leadership.

Kaita said his movement to the PDP was informed by his determined desire and opportunity to provide succour and much-needed dividends of democracy to his people.

“As a loyal party man and responsive democrat whose expansive support base in his constituency has remained pivotal to his passion for the reciprocal growth and development of his people, Distinguished Senator Ahmad Babba Kaita has followed the recent events in Katsina State with keen interest and deep concern.

“Of notable implication among many of this numerous concerns is the gradual loss of credibility in Governor Masari-led administration, particularly in the avowed refusal to conduct local government elections across the state in time.

“The wilful refusal of the administration to uphold the basic foundation of democracy has also found expression in the marginalisation of critical stakeholders by the state government and the leadership of the party at the state level.

“The recent congresses at state and ward levels, with no identified genuine pro-government delegates are clearly a rape of grassroots politicians and genuine party foot-soldiers who were rigged out of open contest.

“The total absence of a level playing field speaks volumes about an already orchestrated decline to antidemocratic principles and challenges every good conscience including ours. All politics is local.

“As an advocate of transparency, accountability and continuous entrenchment of popular will, Senator Kaita cannot afford to continue sharing the tent of undemocratic merchandise clearly being executed against his people by the state government and party leadership.

“A clear stock taking of where Katsina State stands today, is already enough burden on good conscience. Our good people, in their millions have excused deprivation, poverty and hunger for too long.

“They have endured the risk to their lives and wellbeing imposed by the incapacity of the state government to tackle insecurity head on.

“They have been denied enough, already, by the state government. We cannot deny them their right of choice. The serial denial of the people’s mandate at the recent congresses among other related developments has finally found expression in our answer to the clarion call of our people to vacate the APC following very wide consultations.

“Senator Ahmad Babba Kaita is not a bandwagon politician. His exemplary and robust representation in the Nigerian Senate is to the admiration of all, and with significant, visible impacts in the areas of infrastructural and human capital development across the three Senatorial zones of the state. There is a room to do more,” the statement read.