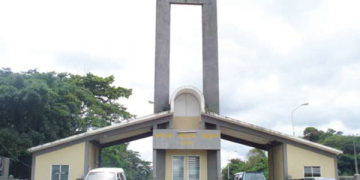 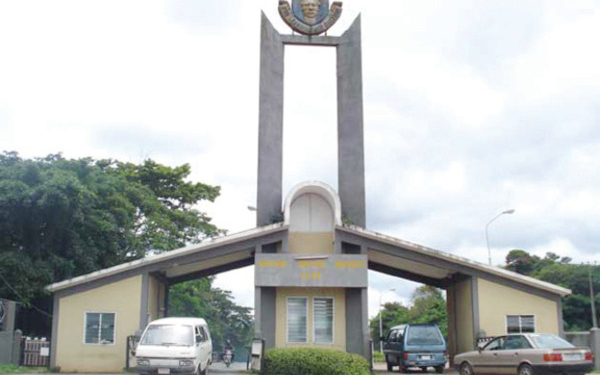 The crisis rocking Obafemi Awolowo University (OAU) over the appointment of Prof. Ayobami Salami as the new Vice Chancellor of the institution seems to have gone out of control.

The institution has also been shut down, with the school management blaming continuous protests by some of its workers – NASU and Senior Staff Association of Nigeria (SSANU).

NASU members have closed all the main gates of the institution, vowing to paralyze activities from this evening to prevent the new VC from taking over on Friday.

The development has forced the university to shut down “for the safety of students and staff”.

“We have shut down the university indefinitely pending the time that we will resolve issues with our workers – Non-academic Staff of University (NASU) and Senior Staff Association of Nigeria (SSANU).

“We have asked our newly admitted students to go home and postponed the resumption of old students indefinitely.”

The National Executive of NASU in its letter signed by the General Secretary, Peters Adeyemi, dated June 21 accused the OAU chapter of NASU of carrying out protest and industrial action without the permission of the national leadership, thereby violating the union’s constitution.

The letter, which was copied to the VC, Registrar, Commissioner of Police and the Secretary of the Osun State Council of the union, read in part:

“In accordance with Rule 22 (1 & 5c) of NASU constitution, therefore, the Obafemi Awolowo University Branch Committee is dissolved with effect from 20th June, 2016 for persistent violation of the content of the constitution.”

It also said the branch acted in disregard to its earlier plea for leniency in a recent meeting with the General Secretary at its Ibadan liaison office.

According to the letter, the sacked branch executives are to hand over properties in their care to the State Secretary.

The tenure of the outgoing VC, Prof. Bamitale Omole, ends on Thursday, June 23 while Salami is expected to take over on Friday, June 24.

Despite the “no work, no pay” threat by the university authorities, NASU and SSANU have intensified their protest against non-payment of allowances and alleged imposition of Salami on the institution.