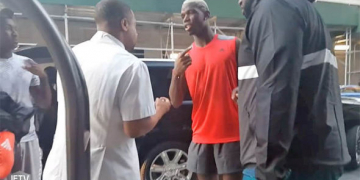 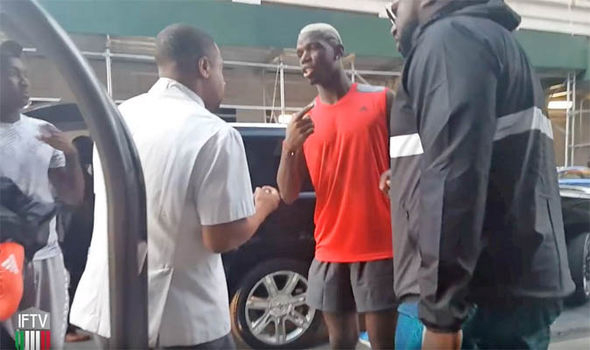 Manchester United were thought to be closing in on a world-record £112million move to re-sign their former midfielder, Paul Pogba but it seems fans of the Old Trafford side are set for a heartbreak.

There are claims that the Juventus player is due to arrive in Manchester this week to undergo a medical but a new video shows the player saying that he is staying in Juventus.

Express UK reports that two fans from Italian Football TV channel waited for Pogba outside his hotel in New York, where he is currently on holiday, and filmed him.

Pogba is seen getting out of a car wearing gym kit and posing for a picture with the driver. 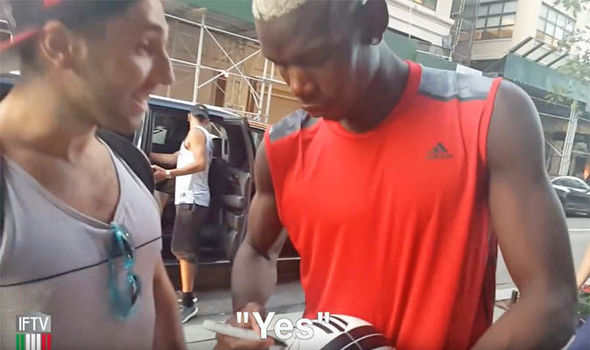 A bell boy is seen helping the 23-year-old’s entourage carry out bags of shopping from their car – and a Juventus ball is spotted.

Pogba chats to the bell boy before being greeted by the IFTV pair, who ask him if he is staying at Juventus.

As he signs their Juventus football he responds “yes” and “yeah” to their questions on his future.