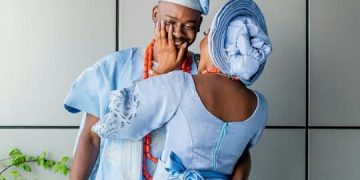 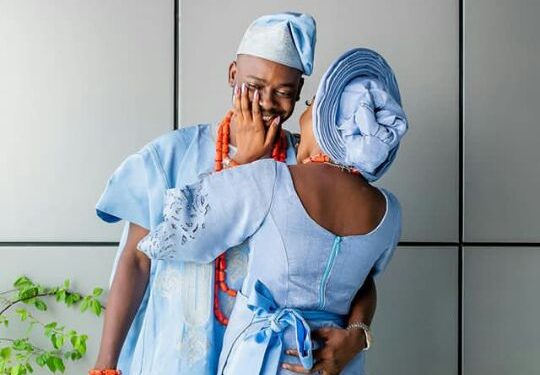 In what might be a sequel to the scenario in which she and her husband shut out members of the public from their relationship and wedding, singer, Simi, on Monday shut out fans from commenting on her message to her husband, Adekunle Gold, who is celebrating his birthday today.

On her Instagram page this morning, she shared a rare photo from their private wedding with a lovely message.

“Light of my life. I love you. I also really like you and the way you do ur tins.

I’m such a lucky babe. You’re also lucky af, but iss ur beday, so yea, let’s focus on the celebrant.

I know God knows how much I want you to shine and prosper and win and laugh and be happy, so I pray God grants my heart desires. Happy birthday Champ.”

Her followers were however unable to comment as the music star had disabled the comment section on the post. It is not certain why, but it may be part of a decision not to allow public comments on matters between two love birds.

Newspeakonline recalls that their long relationship and courtship remained in the realm of speculation until they announced their engagement and then wedding. Their wedding was also held privately in the presence of a handful of friends and family members somewhere in Victoria Island, Lagos, on January 9, 2019.

Hours later, Simi posted another video where she sang a part believed to be from an unreleased song. The post then provided an avenue for some eager fans to express their feelings about the post as well as the comment blockade.