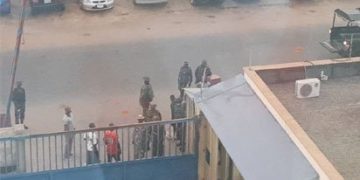 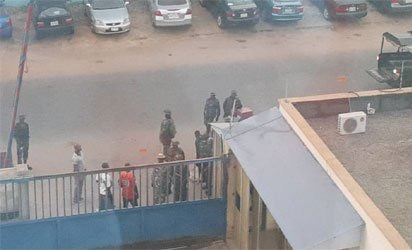 The soldiers barricaded the gate of the regional office, after arresting the two editorial staff.

Hours after shutting down the Maiduguri office, another set of soldiers invaded the head office, carting away computers and ordering all members of staff to leave the newsroom.

The editor’s byline appeared on the newspaper’s Sunday lead story about the military operation in the north-east.

According to the newspaper, journalists at the office said the soldiers herded staff from several office floors, then began loading office computers into 5 vans they came in. “About 10 soldiers are still around while others left with our computers,” said a staff.

The newspaper said the whereabouts of tge two journalists is unknown.