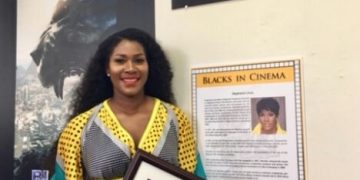 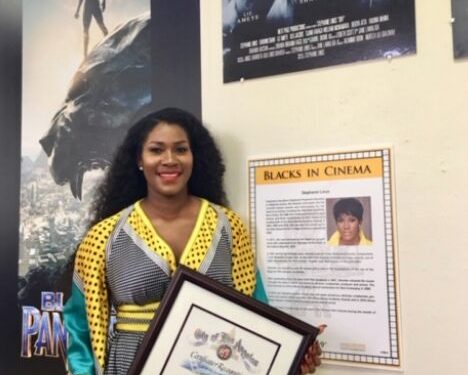 The News Agency of Nigeria reports that the award was for her movie, “Dry” which earned a reputation for its production and focus on the perils of child marriage in Northern Nigeria.

The “Blacks in Cinema” presentation was held at the Los Angeles City Council Chambers on Tuesday as part of the opening of the highly-covered Pan African Film and Arts Festival which will hold in Los Angeles later in February.

The actress shared the news on her Instagram page on Wednesday.

She wrote: “I got a Special Recognition for DRY at the Los Angeles City council ahead of Pan African Film & Arts Festival (PAFF) Screening.

“Dry, in 2019 is still making great impact around the world. The movie has been selected to screen for the second time at the highly coveted Pan African Film & Arts Festival (PAFF) in Los Angeles, USA this February, and as a prelude to the festival, I was recognized at the first ever Blacks In Cinema presentation.

“In 2016, Dry won Best Narrative Feature at the PAFF. It screens again on Feb 9th, Feb 13th and Feb 18 with an interactive session after the opening night.

“The movie has made immense positive impact across the world in changing the narrative concerning child marriage and other forms of social injustice. It was recalled to the festival this year due to its world-class production quality and continuous importance in global human rights advocacy.”

Dry has also been screened in the USA, United Kingdom, and Canada and was shown at the Toronto black film festival early 2016.